"There is no ban on patrons carrying outside food to multiplexes and if the multiplex authorities prohibit it, they could face action," Food and Civil Supplies Minister Ravindra Chavan said in the state legislature. 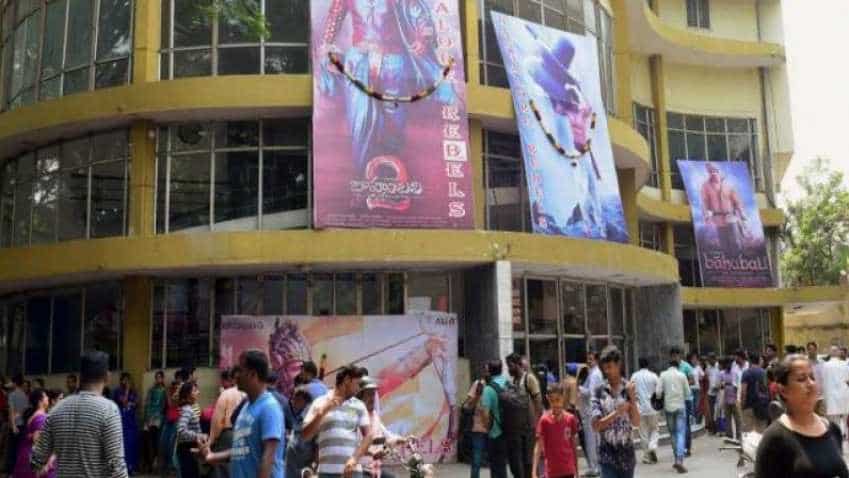 Chavan said there was no bar on carrying outside food, including home-cooked food inside the multiplexes and warned of action against those preventing the patrons from doing so. Image source: PTI
Written By: IANS
RELATED NEWS

The Maharashtra government on Friday warned multiplexes that they would face action if they restrained movie watchers from carrying home-cooked or outside food.

"There is no ban on patrons carrying outside food to multiplexes and if the multiplex authorities prohibit it, they could face action," Food and Civil Supplies Minister Ravindra Chavan said in the state legislature.

His statement came after a heated debate on the raging issue of exorbitant prices charged by multiplexes for food, water and beverages.

Chavan said there was no bar on carrying outside food, including home-cooked food inside the multiplexes and warned of action against those preventing the patrons from doing so.

The Minister`s reply came in response to Leader of Opposition in Legislative Council Dhananjay Munde who raised the contentious issue of differential pricing of the same product inside and outside multiplexes.

"The Centre`s move will be implemented in the state from August 1, and the maximum retail price (MRP) of all products will be common, providing relief to all patrons of multiplexes. The government will frame rules within six weeks to punish those multiplexes flouting the laws," Munde said in a statement later.

The government`s announcement impacted the share prices of several major companies engaged in film exhibition/distribution which plummeted by 12-14 percent, according to reports.

In recent weeks, Maharashtra Navnirman Sena (MNS) carried out agitations and protests inside various multiplexes in Mumbai, Thane, Pune and other cities where a popcorn pack costing Rs five outside was sold for Rs 250 inside.

The agitations, occasionally violent, however, seemed to have struck a cord and evoked huge public response even on social media platforms.

The Bombay High Court last month demanded to know why the Maharashtra government was not regulating the prices of the food and beverages sold inside multiplexes.

Hearing a petition filed last year by a social activist Jainendra Baxi, the court observed that in many instances, the foodstuffs were priced even higher than the entry ticket rates and ordered the state government to file its affidavit in the matter within four weeks.

Cinema Owners and Exhibitors Association of India (COEA) President Nitin Datar said that they have not received any orders from the government.

"We will naturally comply if the government makes it mandatory. So far, it is an announcement in the legislature and the entire issue is not clear till the formal orders are issued," Datar told IANS in a cautious reaction.

While admitting there were discrepancies in the rates of foods and beverages, he also revealed that the differences were much higher compared between the privately-owned multiplexes and the multiplexes chain owned by the bigger companies.

"It is true that the prices vary, but these must be regulated everywhere, not just for the cinemas. This is a business meant to make profits, but if people cannot afford, they have the option of single-screen cinemas where the rates are much lower," Datar pointed out.

However, he ruled out the possibility of allowing individuals to sell foodstuffs in cinemas or multiplexes on the lines of the practice in some small towns in different parts of India, as hawking or selling anything inside the auditorium is prohibited under the Maharashtra Cinemas (Regulation) Rules, on safety and security grounds.