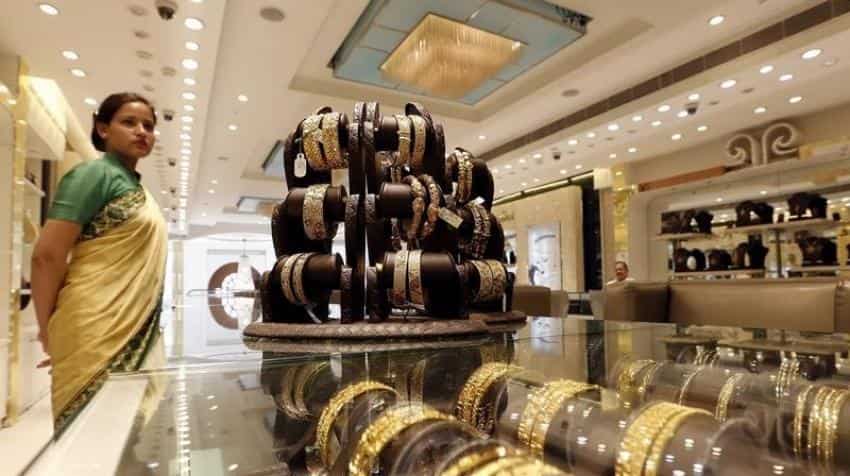 Organised jewellery retailers are likely to witness a 10-12% topline growth in this financial year mainly on account of higher number of weddings coupled with less obstacles on the regulatory front which will drive volumes, India Ratings and Research (Ind-Ra) said.

"After the contraction in demand for jewellery in the first half (H1) of calendar year (CY) 2016, organised jewellery retailers are expected to witness a change in fate in the next three quarters and record 10-12% top line growth in FY17," Ind-Ra said in a report.

The sector, it said, posted flat revenue growth in FY16 and low single-digit growth in first quarter of FY17.

Ind-Ra believed that the higher number of wedding days coupled with reduced obstacles on the regulatory front will drive volumes.

The industry faced key hurdles in H1 CY of 2016 like strike by jewellers on account of imposition of excise duty and government regulations, delays in purchases on the expectation of fall in gold prices, increase in recycled gold and possibility of higher share of unaccounted gold in the system due to the spike in prices, regulatory hurdles and levy of excise duty, it said.

Higher number of wedding days in second half (H2) of FY17 (both on a sequential and year on year basis) together with fading regulatory hurdles is likely to provide a boost to the revenue growth in the coming quarters.

Wedding jewellery is a key driver for demand and accounts for 60-65 of the market demand, it added.

Additionally, the government's recent measures like increase in the limit of collectible amount under the Gold Savings Scheme to 35% from 25% of net worth and the compulsory hallmarking of jewellery will boost the organised jewellery sector and aid in shifting some of the demand from the unorganised sector, it said.

The Gold Savings Scheme contributed 15-30% of the revenues for the organised jewellers prior to 2014 when it was closed by the government.

Although the government resumed the scheme in 2015, the maximum collectible amount was capped at 25% of the net worth.

"We expect any increase on account of higher GST to be passed on to the end consumer, which may impact non-wedding segment demand and prompt customers to opt for the unorganised sector," it opined.