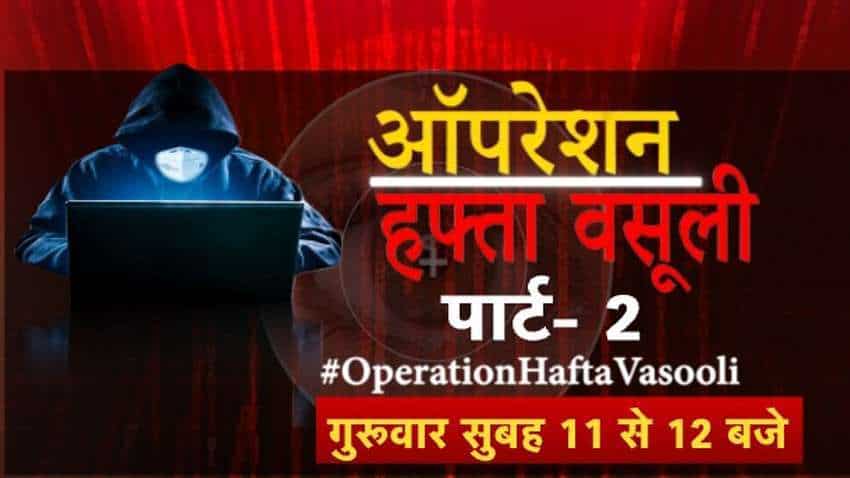 Operation Hafta Vasooli Part-2: It is horrifying to know that these small lending institutions went one step further in using their fear strategies.
Written By: ZeeBiz WebTeam
Edited By: Harish Dugh
RELATED NEWS

Operation Hafta Vasooli Part-2: After the resounding success of Operation Hafta Vasooli Part-1 that exposed various fintech and small lending firms and forced Reserve Bank of India (RBI) to take action against such firms, Zee Business is coming up with the second part this week. Those who are used to Bollywood movies must have seen gangsters and underworld dons recovering money from borrowers. They use all sorts of activities to sow fear and even resort to torture to get their money back. In similar fashion, some fintech and small lending firms have been found indulging in harassing their customers for small loan repayments even though the Reserve Bank of India (RBI) has announced EMI moratorium to the borrowers. #OperationHaftaVasooli

It is horrifying to know that these small lending institutions went one step further in using their fear strategies. They even hacked the address book of their borrowers mobile phones and started calling their near and dear ones. They are also repeatedly abusing loan borrowers using foul language during conversations.

When the Zee Business started to expose such lending firms and their goons, RBI took cognizance of it and issued stringent guidelines against them. On this decision, Zee Business Managing Editor Anil Singhvi had said 'Thank You' to the RBI Governor Shaktikanta Das for paying heed to the precarious situation of the loan borrowers. Once again with a vow to stand by the general public and victims of these illegal acts of the lending firms, Zee Business is coming up with Operation Hafta Vasooli Part-2.

So, don't miss! Join Zee Business and watch Operation Hafta Vasooli Part-2 this Thursday at 11:00 AM. Zee Business will expose such lending firms with full details like name of the company, area of operation and much more. There will be victims also sharing their plight during the lockdown. If you feel connected with the Zee Business movement against the lending firms, then do retweet, use #OperationHaftaVasooli.