Onion price crash will impact farmers, but this comes as good news for end users as the bulbs are among the most purchased daily life items. 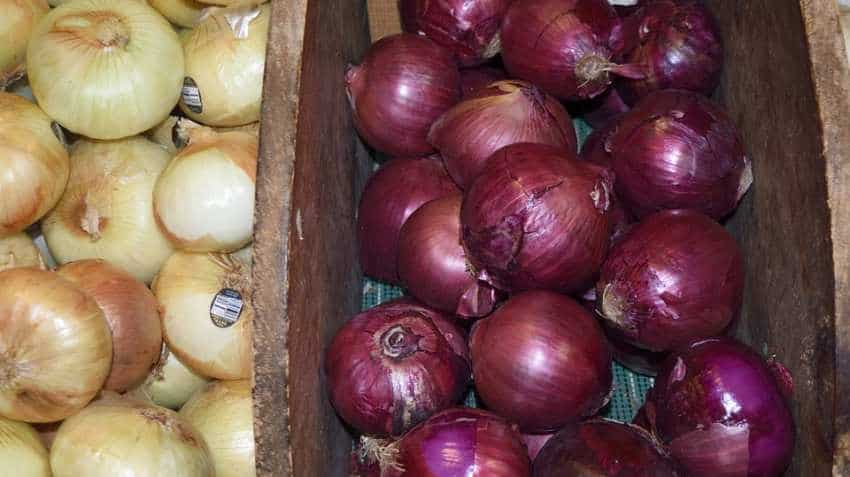 The tragedy of having anything to do with onions is that you always tend to cry. This time is no different. The product has brought massive good news for you, the end user. Guess what! The price of onions has crashed, it has more than halved currently on the back of heavy supply, which has forced farmers to sell this item at a much lower rate. Also, onion will likely be selling at a cheaper rate not just for the season, but for the entire year. Onion price crash will impact farmers, but this comes as a good news for end users, as the bulbs are among the most purchased daily life items. Let’s understand why onions have become cheaper.

A seller in Ahmadabad market told Zee Business that during previous years the farmers used to get between Rs 1800 to Rs 1900 per quintal. Now the price has gone down by a massive Rs 1000, as farmers are selling in the range of Rs 800 to Rs 900.

Last year, the price of onion was from Rs 50 to Rs 90 per kilos, interestingly, the valuation has come down to as cheap as Rs 5 to Rs 10 per kilos.

Though farmers face difficulty with the massive supply and forced to sell at cheaper rate, the consumers are enjoying the situation after facing such hardship last year.

A consumer said, “Onion is one such vegetable that is needed in any form of food, hence, if prices go down then it is a good news for us.”

Mostly, sales of 2,500 trucks of onions take place across nation every year. However, this year, the sale has risen to 3,000 trucks. A big portion of this item is already kept under storage, meanwhile new supply of onions have started to enter the market. Hence, an onion cannot be stored for longer time, that is why, both old and new onions have started to flood the market. Thus, higher supply has made the price of onions come down to an extreme level.

This does not end here, as new development of onions are also being readied in various regions of the country. This means farmers are growing more onions.

States like Karnataka and Tamil Nadu are sending new supply of onions by end of this month. Going ahead, next month, Rajasthan would also supply new onions, and later by end December states like Gujarat, Madhya Pradesh and Maharashtra will follow the suit. This means, the supply of onions will not end soon, hence, customers will enjoy cheap rate for entire year.

In the midst of increasing expenses and weak rupee, the price of onions comes as a good news for common citizens at least. Of course, extra tears will flow in kitchens now!