Bengaluru APMC received 19,984 quintals of onions on Wednesday and 1,052 quintals of Pune variety onions. In the first week of December, price of 1 kg onions touched Rs 200 in Bengaluru as heavy rains destroyed onion harvest in many states. 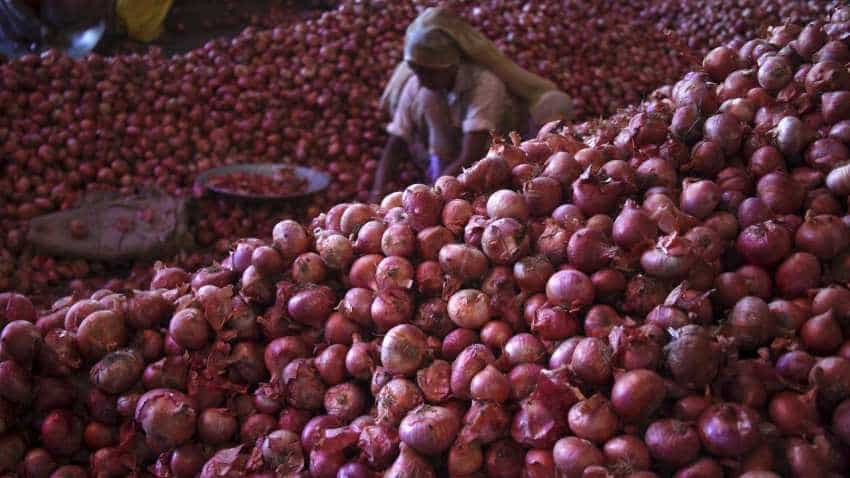 Though onions prices have eased by around Rs 50 per kg, expensive prices in Karnataka are set to last for a few more days until the inventory bought at high cost gets extinguished, said an official on Wednesday.

He said onion arrivals on Wednesday are lesser than Monday and Tuesday in Karnataka and the prevailing high prices will continue for at least a week.

"Retail price will be the same because the newly arrived cheaper onions will take two to three days to reach the retail vendors," he said.

Though the earlier estimates projected onions crisis to continue till mid-January, Siddgangaiah said the increasing arrivals have eased the predicament.

On Wednesday, the Agricultural Produce Market Committee (APMC) yards received only 24,000 quintals of onions across the state, lesser than on Monday and Tuesday.

On Wednesday, the bulb`s price at APMC ranged between Rs 4,000 to 10,000 per quintal in Karnataka and Pune variety onions which are in bigger size ruled at Rs 8,750 per quintal.

Siddagangiah said low quality onion is also fetching a price of Rs 6,000 per quintal but of very bad quality.

In the first week of December, price of 1 kg onions touched Rs 200 in Bengaluru as heavy rains destroyed onion harvest in many states.

Almost 50 per cent of the onion production gets lost after factoring in crop loss and post-harvest loss, leaving only the balance to arrive in the market.

In November, Karnataka markets received 60-70 quintals of onion a day, which fell by 50 per cent in December, leading to the crisis.

Aiming to increase the availability of onion, the Agricultural Produce Market Committee (APMC) has issued a circular that onion trade should continue even on holidays.

KBC 12: Two contestants failed to go past Rs 6.4 lakh questions asked by Amitabh Bachchan on Kaun Banega crorepati! Do you know the answer?