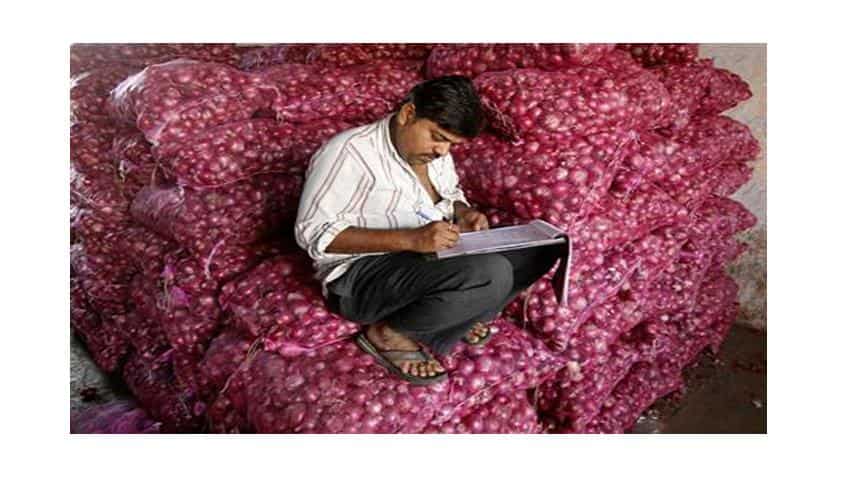 India's onion output is estimated to touch a new record at 203 lakh tonnes in 2015-16 crop year as favourable weather and better prices boosted acreage and crop yields, a government research body has said.

Favourable climatic conditions have also encouraged the rabi crop prospects and yields are expected to be better than last year, he said, adding unlike last year, there was no unseasonal rains and hailstorm this time.

Stating that rabi onion crop condition is good at present, the NHRDF chief said total rabi output is estimated to be higher by 15-20% as compared to a year-ago period.

"The harvesting of rabi crop started in Maharashtra, Gujarat and Madhya Pradesh. It is only rabi onion which is stored for use in lean season. Farmers and traders have started storage of onion," Gupta said.

Around 45 lakh tonnes of onion expected to be stored in the current year due to an availability of good quality of onion bulb in the market, he added.

On prices, Gupta said farmers are getting an average Rs 8 per kg in Lasalgaon in Maharashtra, Asia's biggest wholesale market for onion and earning minimum 20% profit over the cost of production.

Nearly 60% of India's annual output comes from the rabi season, while the Kharif and late-Kharif sowing seasons contribute 20% each.