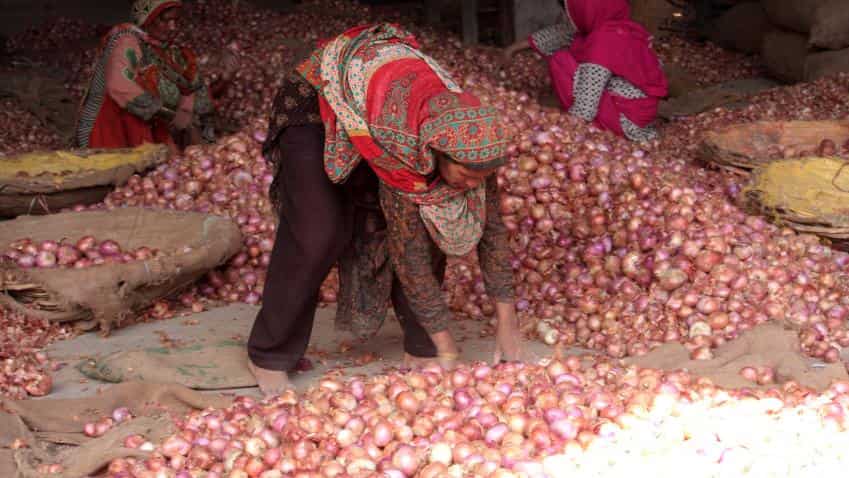 Onions have been at the centre of many political storms in India in the past.

With prices for a kilogram of onion shooting to over Rs 100, the situation is quite the opposite today.

Farmers are dumping onions in the garbage as prices have plummeted below their cost of production. They are now asking Maharashtra Chief Minister Devendra Fadnavis to ‘do something’ so that onion prices go up.

Yes, you read that right.

Due to a bumper crop, onions are being sold at 30-50 paise per kg in Neemuch district of Madhya Pradesh, bringing farmers down to their knees.

Onions were being sold for 15-20 per kg only a few days ago and this fall in prices has even caused farmers to dump the excess crop into garbage bins as they cannot afford the transportation of the produce to the storage place. "We are forced to throw away the crop in the garbage as we are not even recovering the money spent on transportation from fields to the mandi," a local farmer from Madhya Pradesh told PTI.

The dichotomy arises as, on one hand, due to reasons like droughts, onion prices are seen to skyrocket while, on the other, the prices are dropping so low that the farmers are unable to sustain themselves.

While conducting a full-fledged assessment of sale of onions in India, the Competition Commission of India revealed in 2012 that trader-supplier nexus in the markets that often dictates the prices are not the only nexus that exists.

The reason behind price rise could well be the lack of competition in the markets as big players dominate in the wholesale markets instead of independent farmers or small traders.

Another study conducted by the National Institute of Agricultural Marketing in 2012 analysed the surge in onion prices in the year 2010 and confirmed that prices of onions were hardly related to production shortages.

So why do prices see-saw?

"We have demanded that the government give us subsidy of Rs 300-400 per quintal as incentives to export onions. NAFED, the nodal agency of onion procurement should procure onion at a rate of Rs 1,500 per quintal and union government should fulfil its assurance to give 50 per cent profit based on production cost to farmers,” he said.