One year of GST: Should petrol, diesel products be brought under new tax regime?

One year of GST: The current government has exempted somewhat 8 products from GST regime including fuel products. 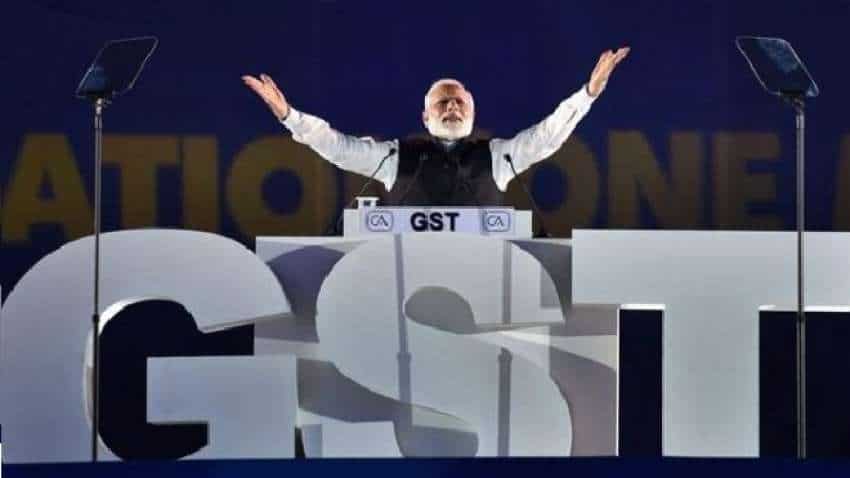 Petrol and diesel in Mumbai were at records high to over Rs 86 and Rs 73 per litre. Image source: PTI
Written By: ZeeBiz WebTeam
RELATED NEWS

One year of GST: Tomorrow is as a very important day for Prime Minister Narendra Modi government, as it will be celebrating arguably its biggest achievement - Goods and Services Tax (GST) fits anniversary. After 16-years of struggle GST was finally launched in India by bringing a list of indirect taxes under one uniform tax regime. Making GST a reality was not an easy task, as the NDA government suffered lots of criticism from opposition parties, consumers and even some industries especially business in regards to indirect taxes. Among many questions that are being raised before Modi, petroleum products would be the crucial one of all. The current government has exempted somewhat 8 products from GST regime including fuel products. Because of this the NDA government has been even accused for working of their own profit and not thinking for common man.

When India entered the daily revision dilemma for petrol and diesel prices, it was under the belief that things will turn out for the better for consumers, because that’s what the government had then assured.

But what was supposed to be a major booster became a nightmare soon enough for Indian citizens, as they are now paying record high petrol and diesel prices since last month.

Petrol and diesel in Mumbai were at records high to over Rs 86 and Rs 73 per litre. Same was the case of many state capitals.

So far, the current situation is this that, brent crude oil has been hovering between $75 - $79 per barrel, whereas Indian government has ruled out possibility to ease excise duty. Also, many states are reluctant in reduce the Value Added Tax and the rupee has been hovering near 68-mark against US benchmark dollar index.

Currently, petrol and diesel prices are being trimmed for now as state elections near, but rates are still high and many analysts have predicted crude oil and depreciating rupee to continue boosting fuel products prices higher.

Anjali Verma and Raag Haria analysts at Phillip Capital says, “If FY19 average brent is at US$ 85/barrel+, it will have a significant adverse impact on the Indian economy and financial assets. The RBI will have to respond with higher rates (50‐ 75bps hike). Fiscal deficit slippage (25bps) will lead to poor spending and weak economic activity, which will result in lower tax collections (elevated GST estimates for FY19).”

In the midst of the above factors, Goods and Service Tax (GST) can come as a saviour for rising fuel prices. In wake of rising fuel prices due to uptick in crude oil rates, Oil Minister Dharmendra Pradhan has been appealing GST council to bring these two product under the umbrella of GST regime for ensuring uniform tax on them.

R A Sharma former chairman of ONGC earlier mentioned to Zee Business that such higher rise in tax on petrol and diesel will continue as it is not taken under the umbrella of GST.

Recently, in a PTI report, Bihar Deputy Chief Minister Sushil Kumar Modi today asserted that bringing petroleum products under the ambit of Goods and Services Tax (GST) will not have much impact in reducing its prices.

Reportedly, Sushil Modi added, “It is a big misconception (among the people) that price of petroleum products will be reduced significantly if they are brought under GST ambit. Instead, the move will have minor impact in terms of reducing prices of petroleum products.”

According to SBI Mutual Fund,  with oil being a relatively price inelastic commodity of the import basket, rise in crude price has an impact on India’s import bill.
Every $10 rise in crude leads to US$ 15 billion increase in annual oil import bill.

Since ages, there has been a negative correlation between oil and India’s fiscal situation as a large chunk of petroleum products (petrol, diesel, kerosene and LPG) were subsidized. Later, Indian government dropped that fuel subsidy net in 2014.

Moreover, while the LPG consumption in India is growing (8-10% since FY15), kerosene demand has been de-growing for 10 years in succession.

Considering above, SBI states, if the central government were to leave the tax rates untouched, central finances are broadly unaffected by the oil price rise. While the higher prices lead to higher subsidy outlays (on LPG and kerosene), the government stands to gain from crude price increase in the form of higher dividends and royalties from public sector oil companies, and income tax transfer from Oil companies in general.

If petrol and diesel price are brought under GST, that means the various taxes like excise duty, VAT, dealer commission levied on these products will be eliminated. This means then OMCs have only to take into consideration one tax and international crude oil rate for deciding the final retail prices.