Just ahead of the first anniversary of GST, Finance Secretary Hasmukh Adhia said that the new GST return forms would be introduced from January 1 after successful beta-testing of the software. 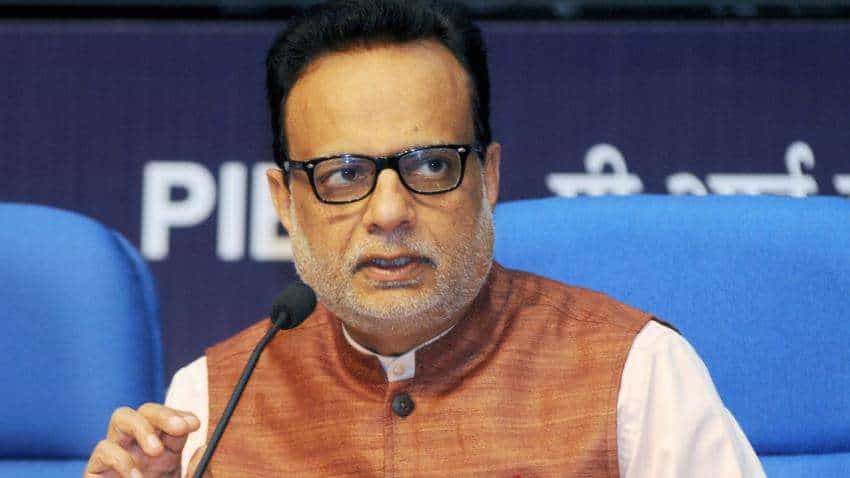 Hasmukh Adhia said that the new GST return forms would be introduced from January 1 after successful beta-testing of the software. Image source: IANS
Written By: PTI
RELATED NEWS

Just ahead of the first anniversary of GST, Finance Secretary Hasmukh Adhia said that the new GST return forms would be introduced from January 1 after successful beta-testing of the software. He said wrong input tax credit claims are a potential area of evasion in the Goods and Services Tax (GST) regime and one-to-one invoice matching is the key to checking evasion.

On scope for rationalisation in the highest tax bracket of 28 per cent, Adhia, at an event organised jointly by CNBC-TV18 and PwC India, said reducing the number of items in the tax slab would depend on revenue position of the government.

To a question on how soon the new return filing system would be implemented, Adhia said the target is to roll it out within 6 months.

I would like it to go through a trial run. So we will sort of put it in a pilot in beta version and we will ask some people to test. We will do it sometime between October-December. By January 1 it should be implemented, Adhia said at the event GST Decoded'.

He said invoice matching has to happen in the GST system.

The only thing is the way we collect details about invoices is what matters. So in the new system of filing return we will have all the sales invoice being uploaded along with returns only for B2B. For B2C you don't need to give invoice wise details at all,? Adhia said.

The GST Council had in its last meeting on May 4 approved the design of new return forms. It was decided that the current system of filing summary returns (GSTR-3B) and final sales return (GSTR-1) would continue for 6 months.

But Rs 4 lakh crore of this liability is being discharged by way of input tax credit claims. Now you can understand what a scope (is) for improving our revenue if we streamline and if we have a check on input tax credit, Adhia said.

He said the only place where there is a scope for tax evasion is in the area of claiming wrong ITC and that's an area which can be plugged by using technology.

Even if we make a 10 per cent difference in Rs 4 lakh crore by keeping an eye on them (wrong ITC claims), by having a one-to-one invoice matching, what an improvement in revenue collection can happen, Adhia said.

On rationalisation of the 28 per cent bracket, he said there are 50 items left in the highest tax slab and most of these items attract a cess as these are either demerit or luxury goods. Besides there are some construction and automobile items.

...We have not still reached the magic number of Rs 1 lakh crore (revenue) every month consistently. We will have to keep watching our revenue and whenever there is a scope created for giving more concessions, then we can one by one or in batches we can start looking at those items.

Immediately I think it (rationalisation) is not going to be so feasible because we have to watch our revenue first, Adhia said.