One year of GST: This regime replaced multi-layered, complex indirect tax structure with a simple, transparent and technology-driven tax regime. Fittingly, it boasted a tagline - ‘One Nation, One Tax’. 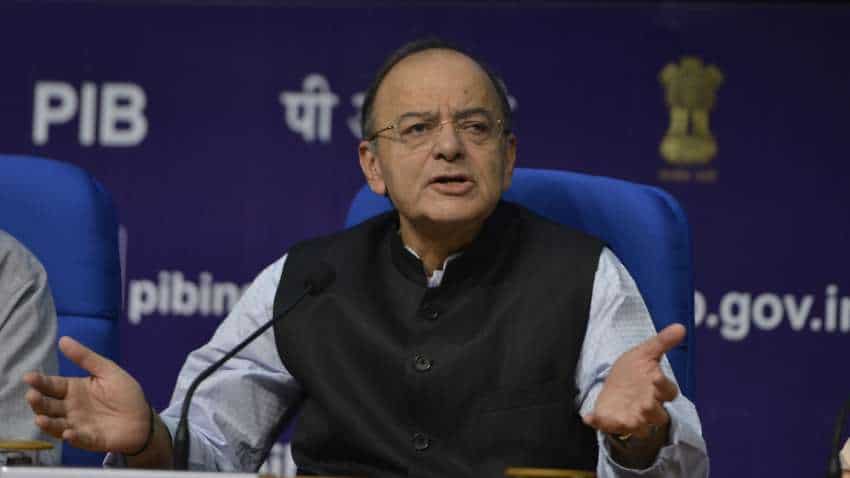 One year of GST: The Finance Ministry has declared July 1 as ‘GST day’ to commemorate the first year of the unprecedented reform of the Indian financial system. On this day a year ago, the Prime Minister Narendra Modi government finally made a 16-year old long pending Goods and Services Tax (GST) reform a reality in India. This regime replaced multi-layered, complex indirect tax structure with a simple, transparent and technology-driven tax regime. Fittingly, it boasted a tagline - ‘One Nation, One Tax’.

FinMin said, “ The first year has been remarkable both for the sheer variety of challenges that its implementation has thrown up and for the willingness and ability of policy makers and tax administrators to rise up to these challenges and respond befittingly.”

But more importantly, the first year of GST has been an example to the world of the readiness of the Indian taxpayer to be a partner in this unprecedented reform of Indian taxation, as per FinMin.

Accordingly, it has been decided that Sunday, the 1st of July, 2018 shall be commemorated as ‘GST Day’. Union Minister for Railways, Coal , Finance & Corporate Affairs  Piyush Goyal will preside over as the Chief Guest of the event and Minister of State for Finance, Shiv Pratap Shukla will be the Guest of Honour.

The FinMin also highlighted a list of scenario which India suffered before GST and how this reform has brought key relief to the government and citizens.

Before GST, Indian taxation system was a farrago of central, state and local area levies. In the constitutional scheme, taxation power on goods was with Central Government but it was limited up to the stage of manufacture and production while States had power to tax sale and purchase of goods. Centre had the exclusive power to tax services. This sort of division of taxing powers created a grey zone which led to legal disputes since determination of what constitutes a goods or service became increasingly difficult.

FinMin took into account the amount of issues that were raised after launch of GST. It stated that, the Council has met for 27 times and no occasion has arisen so far that required voting to decide any matter. All the decisions have been taken by consensus. This is a fitting tribute to the spirit of cooperative federalism which has prevailed throughout all Centre-State interactions in relation to all aspects of GST.

Here’s what GST has done in a year in the country, as per FinMin.

CGST & SGST / UTGST shall be levied on all taxable intra-State supplies. Inter-State supply of goods or services shall be subjected to Integrated GST (Integrated tax / IGST).

The IGST model is a unique contribution of India in the field of VAT. The IGST Model envisages that Centre would levy IGST (Integrated Goods and Service Tax) which would be CGST plus SGST on all inter-State supply of goods or services or both.

Introduction of e-way (electronic way) bill is a monumental shift from the earlier ‘Departmental Policing Model’ to a ‘Self-Declaration Model’.

On outlook ahead, FinMin says, “GST will have a multiplier effect on the economy with benefits accruing to various sectors such as exporters, small traders and entrepreneurs, agriculture and industry, common consumers. GST has already promoted ‘Make in India’ and has improved the ‘Ease of Doing Business’ in India. By subsuming more than a score of taxes under GST, the road to a harmonized system of indirect tax has been paved making India an economic union.”

Based on the feedback received from businesses, consumers and taxpayers from across the country, attempt has been made to incorporate suggestions and reduce problems through short-term as well as long-term solutions. National Anti-Profiteering Authority has initiated investigation into various complaints of anti-profiteering and has passed orders in some cases to protect consumer interest.

To expedite sanction of refund, manual filing and processing of refunds has been enabled. The government has put in place an IT grievance redressal mechanism to address the difficulties faced by taxpayers owing to technical glitches on the GST portal.

Therefore, introduction of GST is truly a game changer for Indian economy. Adding FinMin lastly quoted, “It will integrate India into a single, common market by breaking barriers to inter-State trade and commerce. By eliminating cascading of taxes and reducing transaction costs, it will enhance ease of doing business in the country and provide an impetus to ‘Make in India’ campaign. GST will result in ‘ONE NATION, ONE TAX, ONE MARKET’.”