Jammu and Kashmir, Manipur, Nagaland and Uttarakhand have joined the 'One Nation-One Ration Card' scheme, taking the total number of states and union territories connected under the scheme to 24. 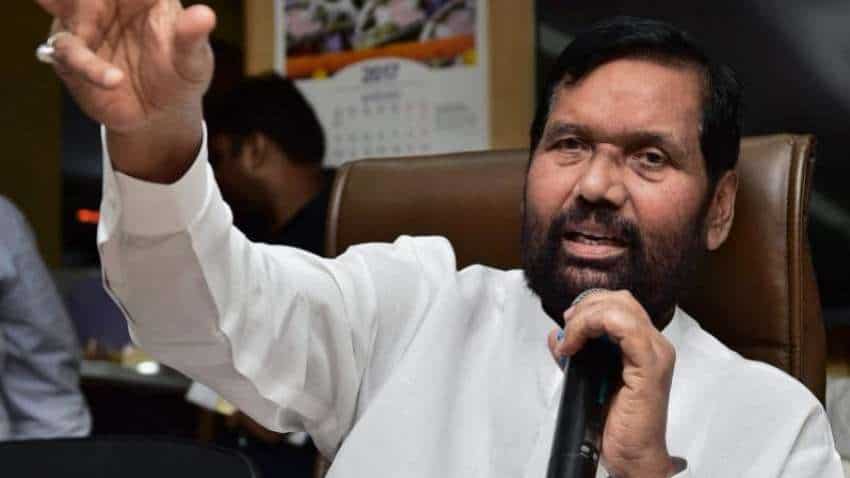 Jammu and Kashmir, Manipur, Nagaland and Uttarakhand have joined the 'One Nation-One Ration Card' scheme, taking the total number of states and union territories connected under the scheme to 24, Food Minister Ram Vilas Paswan said on Saturday. With this, about 65 crore beneficiaries, comprising 80 per cent of the total beneficiaries, covered under the National Food Security Act (NFSA) can now get their subsidised ration from anywhere in these 24 states and union territories, he said. Remaining states/UTs are targeted to be integrated in national portability by March 2021, he added.

Under the 'One Nation-One Ration Card' initiative, eligible beneficiaries would be able to avail their entitled foodgrains under NFSA from any fair price shop in the country using the same ration card.

"While taking note of the requisite technical readiness Jammu and Kashmir, Manipur, Nagaland and Uttarakhand, the Department of Food & Public Distribution has enabled the integration of these four states/UT with existing 20 states/UTs for the national portability," Paswan said after reviewing the progress of the implementation of this initiative.

With this, now a total of 24 states/UTs are connected under the One Nation One Ration Card initiative from Saturday, he said in a statement.

The Minister said the ration card portability is the government's ambitious plan to ensure the delivery of food security entitlements to all beneficiaries covered under NFSA, irrespective of their physical location anywhere in the country.

Through this system, the migratory NFSA beneficiaries are now enabled with an option to lift their entitled quota of foodgrains from any fair price shop (FPS) of their choice anywhere in the country by using their same/ existing ration card with biometric/Aadhaar based authentication on an electronic Point of Sale (ePoS) device installed at the FPSs, he said.

This is being implemented under the ongoing central sector scheme on 'Integrated Management of Public Distribution System (IM-PDS)' in association with all states/UTs.

File complaint if any info missing on product package: Paswan