On stock markets, why you should forget Karnataka result and instead eye 2019

Don’t be too worried if D-Street on Monday witnesses a knee-jerk reaction because of the drama that unfolded around the Karnataka government formation last weekend. However, if history is anything to go by, Indian stock market will do well 12 months prior to the 2019 Lok Sabha election result, the mother of all political battle 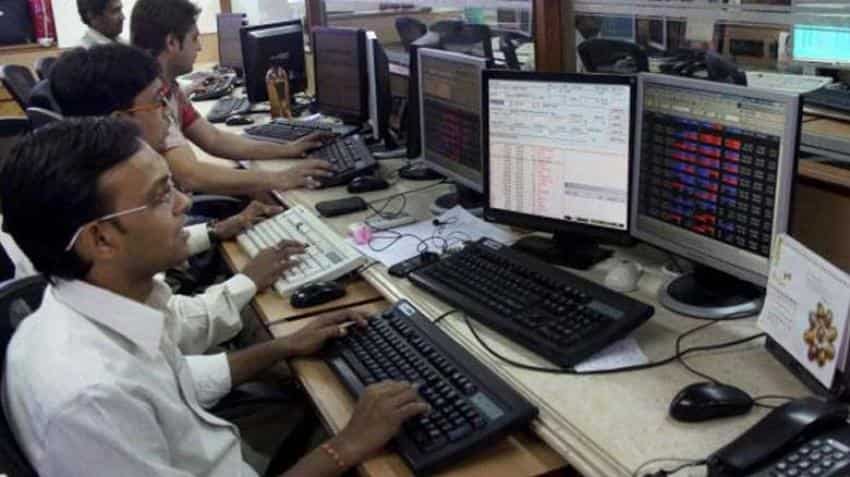 In three of the past five elections, the Indian market generated positive absolute returns and in four out of five election periods, it outperformed the emerging markets. Image source: PTI

Don’t be too worried if D-Street on Monday witnesses a knee-jerk reaction because of the drama that unfolded around the Karnataka government formation last weekend. However, if history is anything to go by, Indian stock market will do well 12 months prior to the 2019 Lok Sabha election result, the mother of all political battle. Contradicting recent worries about election uncertainties, over the past two decades and over five political regime changes, Indian markets have actually done well in the run-up to hustings, shows data.

The run-up to election means 12 months prior to one day before when results were declared. In three of the past five elections, the Indian market generated positive absolute returns and in four out of five election periods, it outperformed the emerging markets. For instance, the Sensex gained 18.2% or 3,692 points in the one year ahead of 2014 Lok Sabha poll result.

Similarly, India’s equity benchmark index rose 2,415 points or 82% a year before 2004 poll outcome. In the one year before 1999 election result, the Sensex had gained over 1,700 points or 60%. Markets, however, fell 30% or 5,180 points in the one year ahead of 2009 election results, a period marked by financial crisis triggered by the sub-prime loans in the US. The Sensex was marginally down in the run-up to 1998 election outcome. Of course, these run-in performances are not entirely domestically driven. Experts say there clearly is a global and emerging markets (EM) element to it.

That said, relative to EM and adjusting for currency, India has still done well leading to elections. Going into 2019 polls, it is, however, important to know where India stands as a market and as an economy. This is because each cycle has been different — on macro and micro — and, as cliched as it may sound, this time it’s no different! “India is entering the 2019 cycle with one of the strongest set of macro data (albeit, deteriorating), and is substantially better positioned from a top-down perspective,” said Aditya Narain, head of research, Edelweiss Securities. Macros may be good, but there are other considerations too.

“Will the current NDA continue to remain the base case? Yes. Will it be the market’s preferred case? Most definitely, yes; in part on performance, but also on lack of a clear alternative or a well espoused economic agenda from the still splintered opposition parties,” Narain added. If markets go up in the run-up to Lok Sabha polls, some experts believe that buying in spending-linked stocks could be a good bet. “Volatility is likely to remain with negative global cues and FII selling but this volatility should be used to add stocks expecting large earnings recovery and likely to benefit from government spending, rural spending and consumption revival,” says Teena Virmani, vice president - research, Kotak Securities.

From a calendar year perspective too, pre-election years have shown good stock market performance. During 1983 to 2013, the Sensex generated negative returns (i.e. 1995, 1998 and 2008) in only three out of total nine occasions. During 1995 and 1998, the Sensex suffered due to an unstable political scenario. In 2008, the markets were negatively impacted due to the wealth-destroying global financial crisis. Immediately going into Monday, however, the domestic market trend seems weak, as per Nifty technical analysis.

“The current price action on the weekly chart has formed a bearish engulfing pattern. Hence, the low of a bearish engulfing pattern (10589) holds significance. Broadly, we are of the opinion that for current week 10865 remains strong resistance. Further, on the lower side if Nifty breaks 10589 the bearish implication of the engulfing pattern would get activated and in such scenario, Nifty may test 10427 - 10328 - 10213 levels. Hence one needs to adopt cautious approach at the current level,” says Anita Gandhi, whole time director, Arihant Capital Markets.