On Rakesh Jhunjhunwala's favourite stock, here is what Morgan Stanley has done; should you buy?

"Titan stock is down 16 per cent from the recent peak and has underperformed the Sensex by 18 per cent over the past three months. We think this offers a compelling entry point for longterm investors," said global brokerage Morgan Stanley. 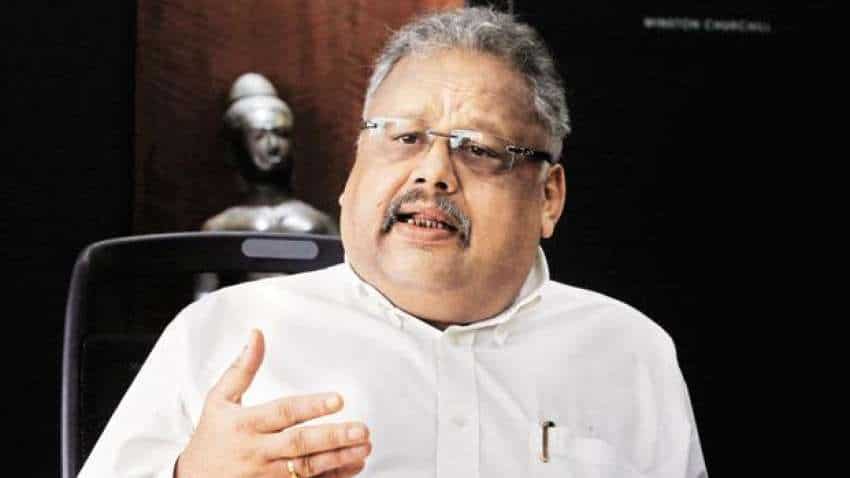 Rakesh Jhunjhunwala is an ace investor and he also has a favourite stock that has brought him great success over the years. However, there are good times and then there are bad ones. So, what should one do in a changing scenario? Titan Company, a widely tracked stock on Dalal Street, has shed 11 per cent from its all-time high hit on April 18, 2018. Recently, Jhunjhunwala sold 1.25 crore shares, or 1.4 per cent stake, in the jeweller between May 21 and June 28. However, experts do not see it as a big concern, and sees up to 20 per cent upside on the counter against Monday's close.

"Titan stock is down 16 per cent from the recent peak and has underperformed the Sensex by 18 per cent over the past three months. We think this offers a compelling entry point for longterm investors," said global brokerage Morgan Stanley in a research note dated July 1, upgrading the stock to 'overweight'.

As Titan comprises major portion (over 70 per cent) of Jhunjhunwala's portfolio, the big bull trimming his stakes in his favourite stock had to send alarm bells, especially because Jhunjhunwala offloaded stakes just a couple of days after he grilled the Titan management with some hard hitting questions.

During Titan's conference call held in May, Rakesh jhunjhunwala highlighted that the company's margins from watches in the March quarter slipped to 7.11 per cent against 15.5 per cent reported in the December quarter. "Since there was hardly a drop of 8 per cent and the margins were up by 7 per cent, was there some one-time expense correction mentioned?," asked Jhunjhunwala.

"We had one exceptional thing in Q4, which is the stockists, we corrected them, we sort of rationalised it, this is one-time," the management clarified, adding there was no cost involved because they reversed the sale. "We took back stocks from RS, because we are consolidating them into other RS, we did not sell to them and therefore there is a drop in sales," they explained.

Titan Company had written off Rs 75 crores in the March quarter for an investment it made in Favre Leuba. Jhunjhunwala checked with the management as to how much the company proposes to write off in the coming quarters. The management said it does not expect to write off any further.

However, experts caution retail investors should not get influenced by the investment strategies of big investors like Rakesh Jhunjhunwala.

If brokerage Ambit Capital is to be believed, Titan is set for a long stint of high growth driven by wedding jewellery (32 per cent CAGR) over FY18-22E, resulting in doubling of sales per square foot. The brokerages sees earnings CAGR of 33 per cent over FY18-23E as wedding season, scope to add new stores and GST-led formalisation will drive growth in the near to long-term.

Although Titan still commands punchy valuations (44x FY20E EPS), Ambit has a buy rating on the stock with a target price of Rs 1,030.

For Morgan Stanley, Titan remains one of its favorite plays on urban discretionary consumption growth in India.

"Risk reward now appears favorable at current valuations. We upgrade Titan to OW. We roll forward our residual income model to June 2019 to derive our revised target price of Rs1,080, implying a 29 per cent upside from the current levels," said Morgan Stanley in a research note. Target price of Rs 1,080 against Monday's closing denotes 20.39 per cent upside on the stock.