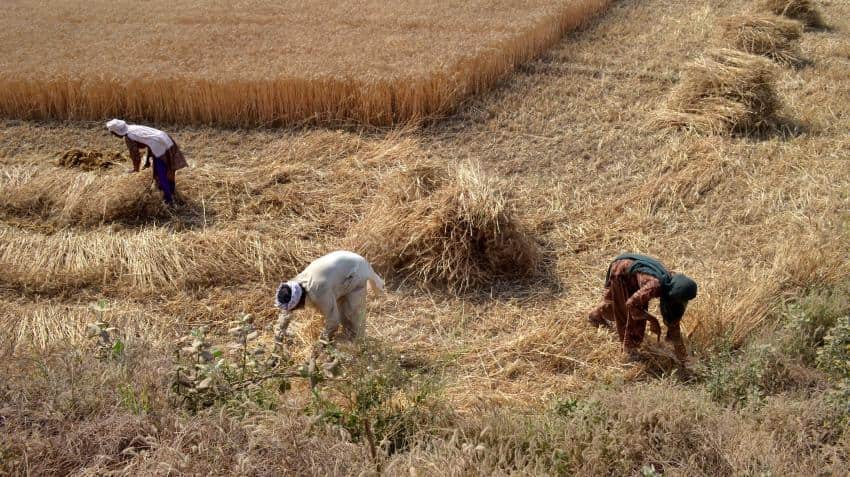 Maharashtra grappled with shortages of daily essentials like milk, fresh fruits and vegetables and even foodgrains on Friday as farmers continued their strike for a second day. Spiralling prices of essentials made the situation worse.

In a village in Aurangabad, farmers donated free milk to people facing shortages but warned that if the government did not budge, the situation would worsen by the weekend.

Over half a million farmers in the state are practically on the streets since Thursday midnight.

Their demands include: a complete waiver of farmer loans, free electricity, appropriate remunerative prices for their produce, grants for irrigation, pension for farmers who are 60 years old and above, and implementation of the M.S. Swaminathan Committee recommendations.

Continuing their aggressive stance across Maharashtra - barring the coastal Konkan region - thousands of farmers resorted to different forms of agitation to highlight their demands on Friday.

The Kisan Kranti, an umbrella organisation spearheading the strike, said it has been invited for a fresh round of talks with the government in Mumbai on Friday night.

A spokesperson for the Kisan Kranti core committee told mediapersons in Puntamba, an important market centre in Ahmednagar, that the farmers have decided to intensify their agitation unless the government takes immediate steps.

"On Monday, we shall organise a Maharashtra shutdown (bandh); on Tuesday, we shall lockdown all government offices and on June 7, we shall shut down offices of all legislators and ministers," said the spokesperson, adding that it will be further intensified later.

"We have shown the strength of the farmers. We were being ignored till now, but not anymore. In just two days, entire Maharashtra is experiencing massive shortages of essentials," he pointed out.

On Friday morning, veteran social crusader Kisan Baburao, alias Anna Hazare, came out in support of farmers, but the Kisan Kranti cold-shouldered his proposal to mediate with the government on their behalf.

A prominent farmers leader Raghunath Patil has asked the Kisan Kranti not to go for any more negotiations with the government.

"Enough negotiations and talks. Now is the time for decisions. The government must announce their decision on the farmers demands," Patil told mediapersons.

Chief Minister Devendra Fadnavis appeared to be the main target of the farmers in most districts, where they vented their ire on him in different ways.

In Pandharpur and Osmanabad, farmers kicked and trampled an effigy of Fadnavis, in Lasalgaon and Nashik they carried out a mock funeral and burnt his effigy.

In Satara, about a hundred farmers tonsured themselves publicly to protest and took out a "funeral procession" of the ruling Bharatiya Janata Party. In Wardha they performed a doodh-abhishek (poured milk) on the Chief Minister`s portrait, while at another location they garlanded a framed picture of Fadnavis and prayed before it seeking redressal of their demands.

The bustling weekly farmers markets in Aurangabad, Ratnagir, Thane and other places were boycotted as farmers kept their products in farms instead of bringing them for sale.

Minister of State for Agriculture Sadabhau Khot admitted that barely 125 - or 10 per cent - of the around 1,200 trucks of farm goods have reached Mumbai.

Joining Fadnavis in pointing an accusing finger at the opposition Congress-Nationalist Congress Party, Khot claimed that the people indulging in the strike are not farmers but anti-social elements taking advantage of the situation.

In several districts, scores of tankers loaded with fresh milk were emptied onto the streets and even on the railway tracks at Daund station.

Roads were blocked in many districts, including in Hingoli where farmers staged road blocks with their farm products, and police cleared farmers squatting on roads and highways in Nashik, Ahmednagar, Osmanabad, Pune, Satara and Kolhapur.

Ruling ally and Shiv Sena MP Sanjay Raut criticised the BJP and Fadnavis, demanding they should take action instead of indulging in criticism.

"An attempt is being made to defame and discredit the farmers who have now become leaders. We are very firm in our stand, now it`s time for the government to take action before things go out of hand," Raut said.