Oil prices rise as markets tighten ahead of Iran sanctions 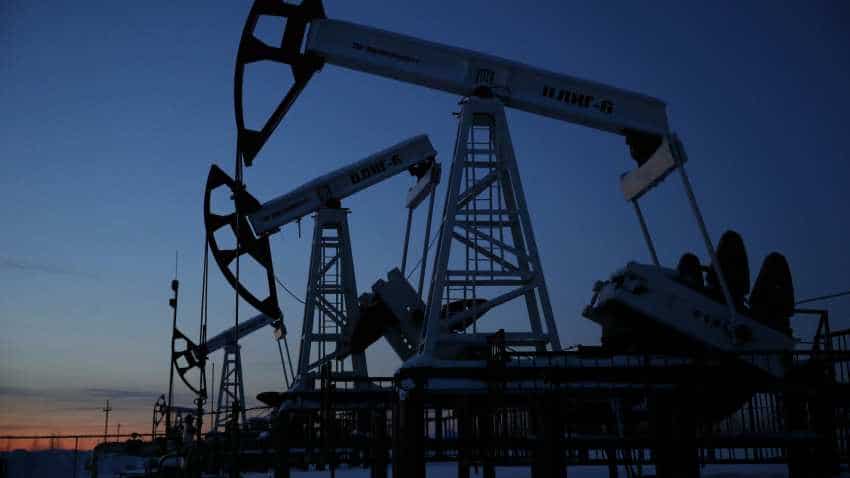 Oil prices rose on Monday as U.S. markets tightened just weeks ahead of Washington`s plan to impose new sanctions against Iran, with U.S. bank J.P. Morgan warning of price spikes abvoe $90 per barrel in coming months. Brent crude futures were at $79.71 per barrel at 0138 GMT, up by 91 cents, or 1.2 percent.

U.S. commercial crude oil inventories are at their lowest level since early 2015. And while output remains around the record of 11 million barrels per day (bpd), recent subdued U.S. drilling activity points towards a slowdown. U.S. oil output, storage & drilling: https://tmsnrt.rs/2wc5wpr

The tightening U.S. market came ahead of sanctions that Washington plans to implement against Iran`s petroleum exports from early November. Many analysts expect a drop of more than 1 million bpd of Iranian crude exports, while J.P. Morgan expects expecting a loss of 1.5 million bpd.

The Middle East dominated Organization of the Petroleum Exporting Countries (OPEC), of which Iran is a member, as well as top producer Russia are discussing raising output by 500,000 bpd to counter falling supply from Iran, although no decision has been made public yet.

"We expect that those OPEC countries with available spare capacity, led by Saudi Arabia, will increase output but not completely offset the drop in Iranian barrels," said Edward Bell, commodity analyst at Emirates NBD bank.

J.P. Morgan said in its latest market outlook, published late on Friday, that "a spike to $90 per barrel is likely" for oil prices in the coming months due to the Iran sanctions. The bank said it expects Brent and WTI to average $85 and $76 per barrel, respectively, over the next six months.