The prospects of a  non -BJP government in Karnataka, along with persistently high global crude oil prices are expected to further weaken the Indian rupee, say experts 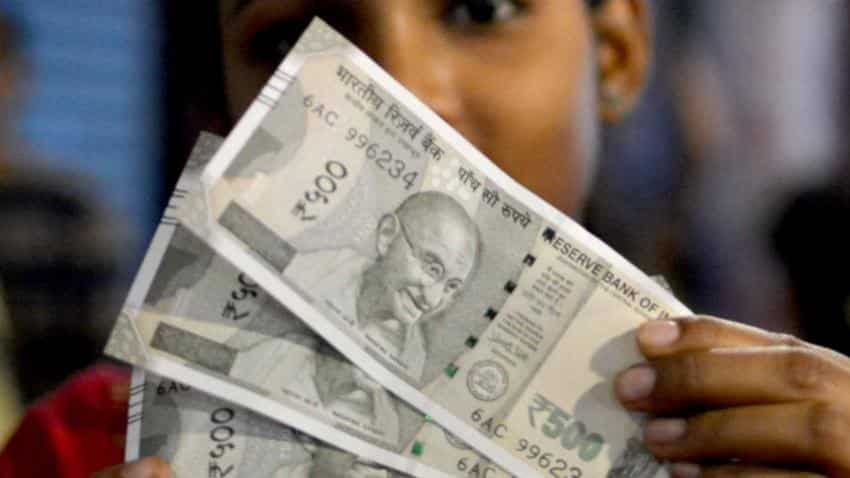 Last week, the Indian rupee weakened by 68 paise to close at 68.01 against the US dollar from its previous close of 67.33 per greenback. Image source: IANS

The prospects of a non-BJP government in Karnataka, along with persistently high global crude oil prices are expected to further weaken the Indian rupee, say experts. "Developments in Karnataka is not going to have any lasting adverse impact on the rupee bit come Monday, but there is a risk of a knee-jerk sell-off in the INR against the USD," Anindya Banerjee, Deputy Vice President for Currency and Interest Rates with Kotak Securities, told IANS.

"Rupee continues to weaken against the US dollar as outflows continue across the emerging markets. However, high oil prices and political risk premium in a pre-election year is ensuring that the rupee remains as an underperformer in the EM basket. "Add to the high oil prices, and we have the risk of the INR heading towards 69 levels against the USD. For the next week, we can see a range of 67.60-68.50 on spot," added Banerjee.

Last week, the Indian rupee weakened by 68 paise to close at 68.01 against the US dollar from its previous close of 67.33 per greenback. Lately, geo-political tensions in the Middle East and supply side constraints have led to a surge in global crude oil prices. The latest Brent crude price hovered around the $80 per barrel mark.

On May 18, the Finance Ministry estimated that the rise in oil prices may inflate India`s import bill by around $25 billion to $50 billion. The surge has already pushed the cost of petrol in the national capital to Rs 75.32 per litre. Besides oil prices, continueous outflows of foreign funds from the Indian equity markets has adversely impact the rupee`s value.

In terms of investments, provisional figures from the stock exchanges showed that foreign institutional investors sold scrips worth Rs 1,496.79 crore during the trade week ended May 18. As per the National Securities Depository, foreign portfolio investors divested equities worth Rs 799.88 crore, or $117.63 million.

According to Vinod Nair, Head of Research at Geojit Financial Services: "Elevated level of oil and US yield is likely to dampen the flow of funds to India, consolidation may extend. However, interventions from RBI might step in to curb steep fall in rupee and give support to the market."