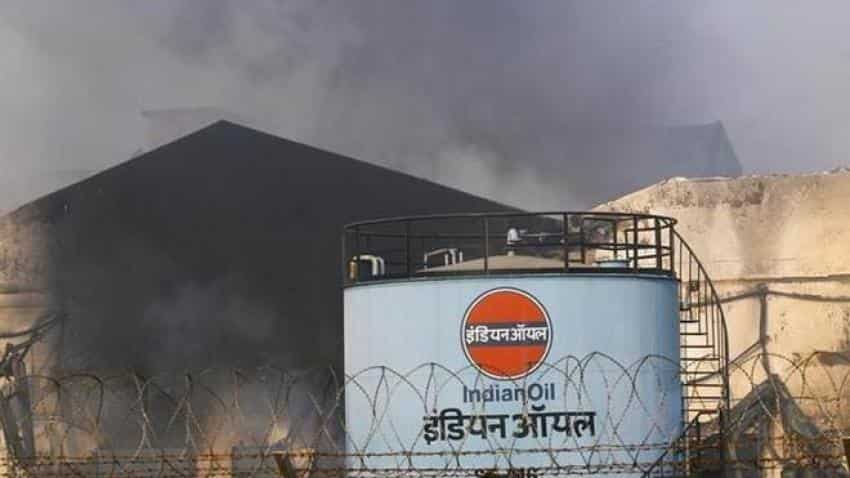 IOC, BPCL and HPCL share prices are under pressure due to rupee depreciation too. Image source: Reuters
Written By: ZeeBiz WebTeam
RELATED NEWS

Not just oil prices, a depreciation in rupee is also pushing pressure on OMCs. Higher crude along with weaker rupee, which has slipped 3 per cent since February, is having an impact on profit margins of the companies.

While the oil prices have gained 10 per cent in the past 15 days, petrol prices have seen an uptick of just 24 paise per litre, and diesel prices mere 58 paise per litre. A dip in marketing margin by 0.5 per cent may reduce the earnings per share of the OMCs by 12-21 per cent, according to Zee Business research.

"Long-term investors have booked strong returns in last few years, so the profit-booking is expected on the stock until August to September 2018," he said.

Meanwhile, global brokerage JP Morgan expects OMCs to report sharply lower quarter on quarter earnings in the March quarter of FY18 in the absence of large inventory gains that were seen in the December quarter, although inventory should still be a positive contributor, it said.

Bloomberg had reported last week that the government may ask oil marketing companies to absorb Re 1 per litre price hike, quoting sources. The government has ruled out excise duty cut to lower oil prices, report added.