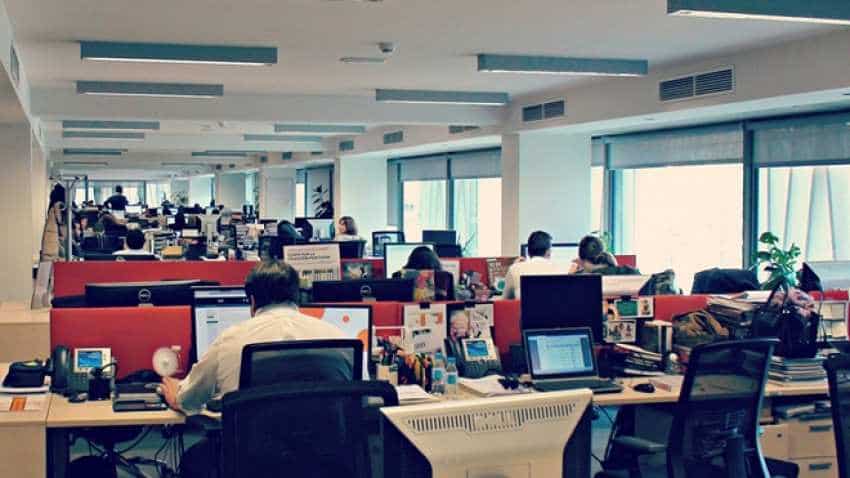 "Tech corporates continued to drive office space take up in the country, with their share in total leasing rising from 22 per cent in Q1 2018 to 33 per cent in Q1 2019. Meanwhile, the share of key flexible space operators rose from 5 per cent to 16 per cent during the same time period," it said.

Office space leasing in Hyderabad rose to 3.5 million sq ft during January-March 2019 from 1.1 million sq ft in the year-ago period. However, Bengaluru saw a sharp decline in absorption space to 2.5 million sq ft from 5.5 million sq ft during the period under review. "Hyderabad overtook Bengaluru for the first time to be the dominant office market, driving quarterly space take up on the back of culmination of several pre-commitments," CBRE said in the report. Office leasing activity is expected to remain stable in the short term with corporates looking to expand or consolidate their operations, said Anshuman Magazine, chairman and CEO of South East Asia, Middle East and Africa, CBRE.

"While interest from American corporates is expected to sustain, we anticipate that India's position as a preferred outsourcing destination would continue to attract corporates from other geographies such as EMEA and APAC," he added. Moreover, the policy initiatives such as Make in India, Digital India, among others, along with the emphasis on smart cities and industrial corridors, would boost operations of both Indian and multinational corporates, Magazine said. According to the report, leasing of office space in the National Capital Region dropped to 1.6 million sq ft in January-March 2019 from 2.1 million sq ft last year.

However, absorption of office space in Mumbai rose to 2.1 million sq ft from 1.5 million sq ft in the year-ago period. Bengaluru, Mumbai, NCR and Hyderabad accounted for 75 per cent of the total leasing during the first quarter of 2019 calendar year.