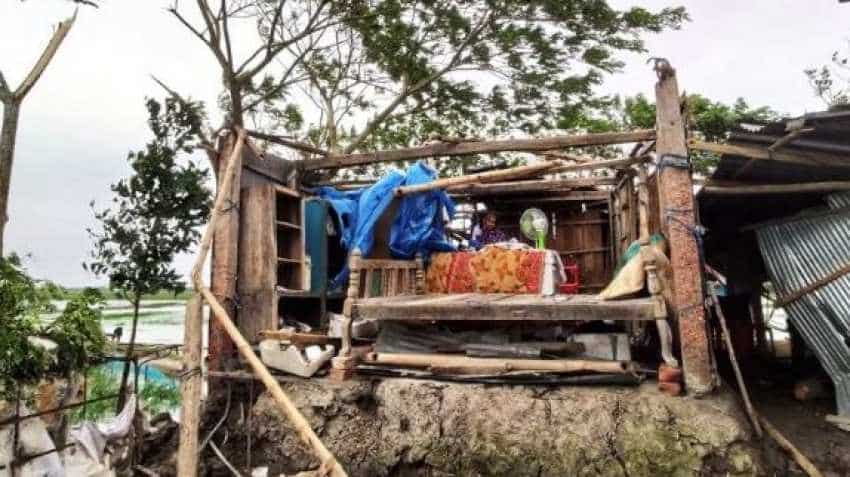 Odisha Chief Minister Naveen Patnaik on Monday announced an assistance package for farmers affected by the cyclone Bulbul. Taking a review meeting here, he also asked the district collectors to submit damage assessment report by November 18 on the basis of which assistance will be given by November 24.

Six districts Jagatsinghpur, Kendrapada, Bhadrak, Balasore, Mayurbhanj and Jajpur have been badly affected due to cyclone Bulbul.
Earlier on Monday, the Chief Minister made an aerial survey of Bulbul-affected districts. As per the announcement, agriculture input subsidy will be provided to small and marginal farmers who have sustained crop loss of 33 per cent and above, at Rs 6800 per hectare in rain-fed and in non-irrigated areas.

Rs 13,500 per hectare of land in areas under assured irrigation, Rs 18,000 per hectare for all types of perennial crops like mango, coconut, cashew and betel vine, will be provided. Besides, mini kits of pulses and oil seed to be supplied to 50,000 farmers during Rabi 2019-20. An incentive of Rs 15,000 per farmer will be provided to 30 units for repair and renovation of betel vine cultivation.

Short term Rabi loans advanced in the affected areas during Rabi 2019 having crop loss of 33 per cent and above shall be converted into medium term (conversion) loans, it said.

The state government also announced to provide assistance for loss of domestic animals and assistance to fishermen for loss and damage to boats and nets. Special Relief Commissioner Pradeep Jena said a central team is likely to visit Odisha for two days from November 14 to take stock of damages caused by the cyclone.