As the national capital region tries to deal with poor air quality, the third edition of odd-even scheme will be implemented in Delhi on Monday morning. Here is all you need to know. 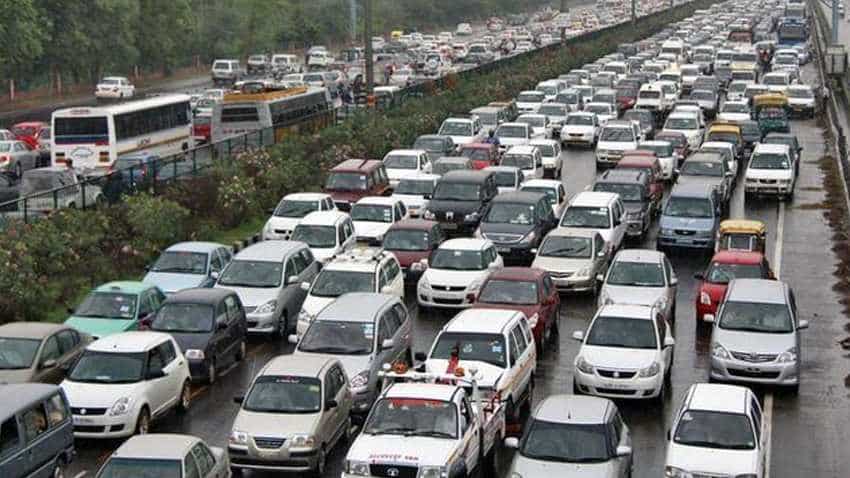 The odd-even scheme in Delhi will start on November 4 and will go on till November 15. Source - Reuters.
Written By: ZeeBiz WebTeam
Edited By: Manas Tiwari
RELATED NEWS

#ShiftingGearsWithSwatiK: Volkswagen will start deliveries of T-Roc in a couple of weeks in India, says Steffen Knapp

As the national capital region tries to deal with poor air quality, the third edition of odd-even scheme will be implemented in Delhi on Monday morning. The scheme was introduced by the Delhi government in 2016. Under this, cars with odd and even number plates are allowed on roads on alternate days. The scheme helps deal with severe air pollution in NCR. "Delhi is doing everything from distributing two masks each to every household to implementing the odd-even scheme in the national capital," chief minister Arvind Kejriwal recently said. However, going into Monday, you need to know certain things to avoid confusion about the odd-even scheme.

According to the Delhi governemnt, the scheme will be applicable to all non-transport four-wheeled vehicles including those coming from other states. To make life easier, government has asked private cab aggregators Uber and Old to deactivate surge pricing during the implementation of the odd-even scheme. The auto rickshaw drivers have also been asked to go by the meter prices. The government has also decied to deploy all cluster buses along with the entire fleet of DTC buses. Delhi Metro Rail Corporation (DMRC) will conduct 61 additional trips during the 12-day odd-even scheme.

The government has increased the Odd-Even scheme penalty this year to Rs 4,000 from Rs 2,000 earlier. The hike comes as part of the amended Motor Vehicle Act.

The rule will now apply on two-wheelers. Also, women driving alone, cars having all women as occupants and women accompanied by children aged less than 12 years will also be exempted. Private vehicles carrying school children and passengers for medical emergencies will also be exempted. The list of VIPs excluded from the rule includes - the vehicles of the President, Vice-President, Prime Minister, state governors, Chief Justice of India, Speakers of the Lok Sabha, Union ministers, and leaders of the Opposition of both the Houses, Supreme Court judges, chairman of UPSC, chief election commissioners and CAG, deputy chairman of Rajya Sabha and deputy speaker of Lok Sabha and lieutenant-general of NCT/Delhi and judges of high court and members of the Lokayukta. Enforcement vehicles and defence vehicles.

However, the government has decided not to exempt the vehicles of Delhi government ministers and the chief minister. Privately owned CNG vehicles will not be exempted this time.

#ShiftingGearsWithSwatiK: Volkswagen will start deliveries of T-Roc in a couple of weeks in India, says Steffen Knapp

PM Narendra Modi to soldiers in Ladakh: Age of expansionism is over, this is the age of development