Indian retail inflation likely slowed to its slowest pace in 12-months in October after food and fuel costs fell, keeping the official consumer prices gauge below the central bank`s medium-term target for a third consecutive month, a Reuters poll found. 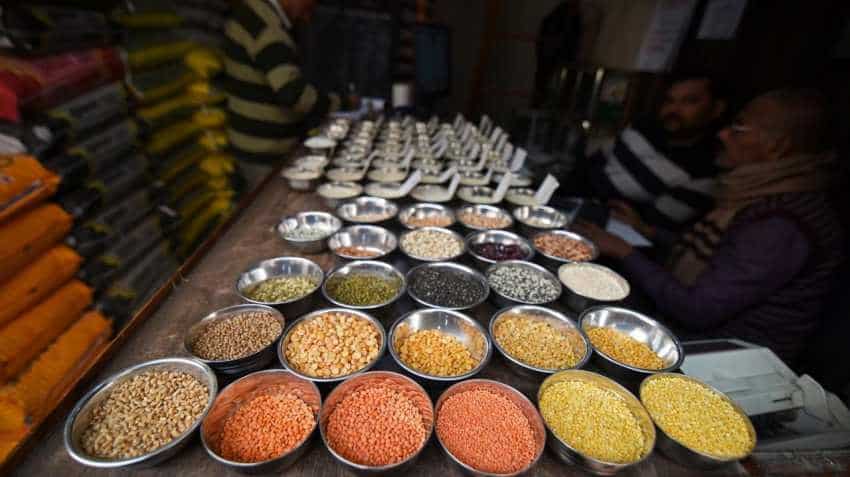 With the battered rupee gaining slightly against the dollar, a recent cut in fuel taxes and easing global crude oil costs, consumer price inflation likely slowed to 3.67 percent in October from 3.77 percent, according to the poll of 35 economists.

If the data meets forecasts, October will mark the third straight month retail inflation has been below the Reserve Bank of India`s medium-term target of 4 percent, supporting the central bank`s surprise decision to hold interest rates at its meeting last month.

However, the RBI`s shift in its stance to "calibrated tightening" from "neutral" at its Oct. 5 meeting suggests it may raise rates again, tracking other emerging market central banks grappling with weaker currencies as the U.S. Federal Reserve proceeds with a series of rate rises that have propped up the dollar.

"The key factors driving inflation are muted fuel and food prices. Both factors should keep monetary policy on a slightly sombre note," said Shashank Mendiratta, economist at ANZ Bank, one of the most accurate forecasters of Indian inflation last year.

"But the tightening cycle has not ended yet, because there is still some upside risk to oil prices."

The latest inflation data, due 1200 GMT on Nov. 12, will be the first since a set of accusations have surfaced from top RBI policymakers that the government is attempting to influence central bank policy.

While the government appears to have called a truce, economists say the administration`s demands that the central bank relax lending curbs and relinquish surplus reserves pose a significant risk to the inflation outlook.

"The RBI has had success in anchoring inflation expectations over the past five years. Any erosion of independence could permanently reverse this trend, affecting spending and saving decisions and wage negotiations and ultimately push up actual inflation," noted Shilan Shah, senior Indian economist at Capital Economics.

Industrial output likely expanded at an annual 4.3 percent pace in September, the same pace as in August, according to the median forecast of 24 economists.