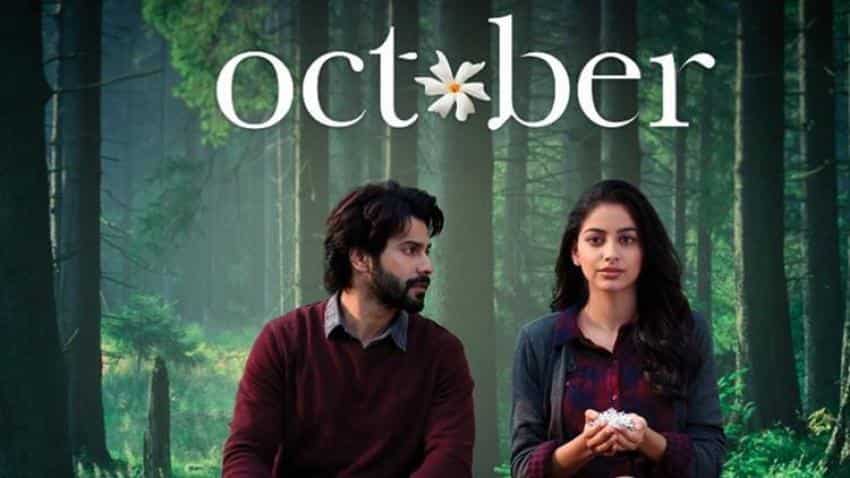 October box office collection is expected to touch the Rs 45 crore mark and could cross that by the end of the second week. Image source: Twitter
Written By: ZeeBiz WebTeam
RELATED NEWS

October Box Office collection: With a good jump during the weekend, Varun Dhawan starrer managed to collect a massive Rs 9.09 crore more! This has come as a big surprise as newer films had been released and Baaghi 2 movie too was in theatres giving strong competition. With this the overall collection of October went up to Rs 39.33 crore.

October box office collection is expected to touch the Rs 45 crore mark and could cross that by the end of the second week. Post that Rs 50 crore lifetime is a possibility now. If not for Avengers: Infinity War arriving on the coming Friday, the film actually stood an outside chance of crossing the Badlapur total of Rs 53 crore as well, reports Bollywood Hungama.

Varun Dhawan‘s record of zero flops in his career till date remains intact. Most importantly, though the movie had a low opening, eventually it gathered pace and managed to collect a reasonable total amount till now.

As per Box Office India, on its second Saturday October showed huge growth and probably it was at its best on Saturday since the release of the film.

The plot of the movie revolves around Dan played by Varun Dhawan, a hotel management intern at a five star hotel in Delhi. The movie climaxed when Shiuli, played by Banita Sandhu, ends up in the hospital after an incident took place in the hotel. Dan chose a different journey after that incident which had a deep and long-lasting effect on him.