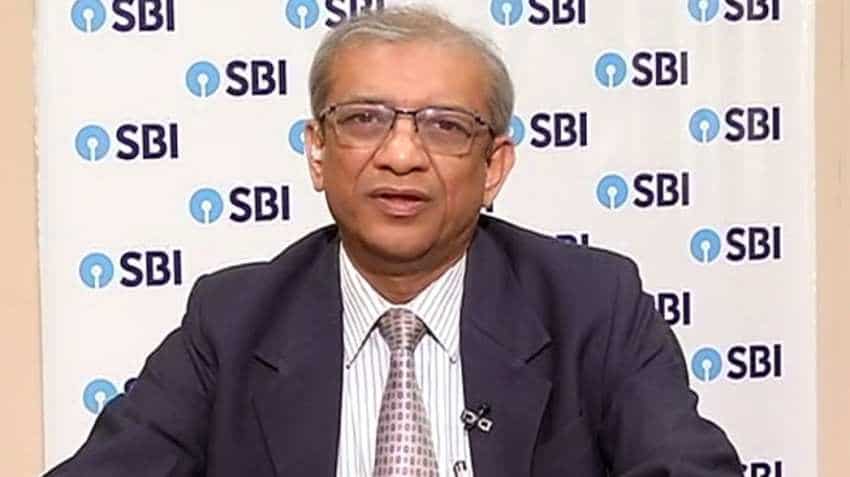 "Every NPA is considered separately in the bank to find out its security, viability and the kind of regulation that should be adopted to tackle it," said PK Gupta, MD, State Bank of India.

Q: 2018 has been an important year for the banking sector. What is your outlook for the sector in 2019 especially about credit growth?

A: 2018 has been a challenging year for the banking sector but we have dealt with the maximum of those challenges. It was a year of resolutions like Insolvency and Bankruptcy Code, (IBC), which has been implemented effectively and several cases have gone through the resolution process and many are in the advanced stage of resolution. As our chairman says, we are looking at 2019 as a year of hope as the benefits of the changes in the banking system will be seen in 2019 and big resolutions will conclude in the year. Apart from this, credit growth has soared up and RBI data suggests that credit growth is increasing at a rate of 15 per cent, which is good for the banking sector. But, it will depend on the longevity of the momentum of growth. I feel, 2019 is going to be a pleasant year for the banking sector.

Q: Bad loans in the Indian banking sector have been on the rise and we are in a recognition phase, at present, and the resolution is about to take off. What is your view on it and tell the process that can be adopted to end this mess?

A: There is a decrease in the number of NPAs. If we talk only about State Bank of India (SBI) then there is an improvement of almost 1 percentage point in gross NPA while the net NPA has gone down by 5 per cent, which was too high, earlier. In addition, resolution of big cases and recovery from them is helping the bank to reduce the size of NPAs. However, the banks are facing problems related to provisioning. The banks are facing challenges related to the provisioning of old NPA accounts, which are ageing, as they call for extra provisioning. So, they will remain effective for a few more quarters. But, provisioning of more accounts is improving the provisioning coverage ratio of the banks, Indeed, yes, it, provisioning has its effect in the profitability of the banks. And, we hope this provisioning requirement will come down in the next 2-3 quarters. Further, there will be a decline in the credit cost of the banks.

Q: What kind of progress has been made on the recovery front also provide the number of accounts that will be recovered by the end of FY19? How many NPAs will be sold in this period?

A: Every NPA is considered separately in the bank to find out its security, viability and the kind of regulation that should be adopted to tackle it. Then, the bank takes a decision on the kind of action that should be taken as in shall the account should be referred to the NCLT or it should be sold at asset reconstruction company (ARC) or a SARFAESI action should be initiated by the bank.  It depends on every case depending on the realizability of the security. Things are going on and several big cases have been resolved in NCLT and others are lying in advance stages and we hope that they will be resolved in the next 1-2 months. Thus, it is a continuous process and that’s why it is difficult to say that this account will be sent to NCLT and that account will be sold at ARC.

Q: Tell us about the bank’s exposure on the power sector and what is your view on power sector stress? Also, let us know about the kind of impact that RBI’s February 12 circulation will have on the bank?

A: On an average basis, we are recovering more than half on the NCLT accounts whose provisioning has been done in the NCLT 1 and NCLT 2 cases.

Q:  Tell us about the haircut that the bank is willing to have on the rush of recovering the loans?

A: Haircut depends on the kind of account and it is decided after looking the security on the accounts and the time of realisation. But, it is important to see on the accounts that that been provisioned and found that provisioned accounts are enough to understand the impact of the haircut. It seems that the bank will not bear any additional losses through these haircuts.

Q: What is the strategy that the bank is adopting to control the credit cost and credit quality of the bank?

A: The bank has taken several steps on credit quality and has established a separate credit review department, which is responsible to give clearances to every loan before it is sanctioned to the applicant. Secondly, we have looked on the old NPA cases and studied it in detail to understand the fault areas. We have learnt a lot from it and will try our best to not repeat the mistakes once again.

We have also decided to check government clearances, like environmental and land acquisition clearances, before sanctioning any loan. Besides, the bank has also decided to look after the available equity with the promoters and visible sources before financing them.

The bank has done a lot and hopes that the mistakes of the past will not be repeated once again.

Q) What are your capital raising plans? Name the avenues you are looking to raise the capital and what are your plans related to selling non-core assets?

A: These activities are done on a continuous basis. For instance, in non-core assets, we have earned Rs 750-crore by selling stakes in SBI General and NSE. Apart from this, we have offloaded our merchant acquisition business and created a separate subsidiary, which is a joint venture with Hitachi. And, Rs 1100-crore has been realised by the bank in it.

Similarly, capital raising is also a continuous process and so far, we have raised Rs 6000-crore. Have also raised Tier-2 bonds of Rs 4000-crore. In addition, the bank’s board has also approved a fund of Rs20,000-crore, which will be raised after the market starts performing. And, we have floated an RFP and the process of listing the merchant banks has been started. Thus, the capital will be raised at an appropriate time.

A: It will depend on time and as said, we have sold 4 per cent stakes in SBI General Insurance. We have a plan to bring IPO of SBI General and SBI Credit card businesses in next 12-15months from now, which will be followed by SBI mutual fund business.

Q: Update us on corporate portfolio demand. Are you witnessing a revival in the business?

A: Inability to recognise gave birth to corporate NPAs but they have been recognised, now, and I feel no such NPA issues will occur in our corporate book in future. Apart from this, there is a growth in credit demand, which is growing at the rate of 14-15 per cent and several corporates are also contributing to this growth. In fact, the government is also spending into it. And, we are also financing the projects of big PSUs.

Besides, some corporates are also interested in buying the companies whose issues have been resolved by NCLT.

Q: Two big events are in line, election and budget? Any expectation from the budget?

A: We would expect continuity of policies whichever government comes into power.