According to a report by property consultant JLL, as many as 440,000 residential units remained unsold across key cities at the end of 2017. The number of unsold ready-to-move-in homes is estimated at 34,700 in the top seven metros of Mumbai, Delhi-NCR, Chennai, Hyderabad, Pune, Bengaluru and Kolkata. 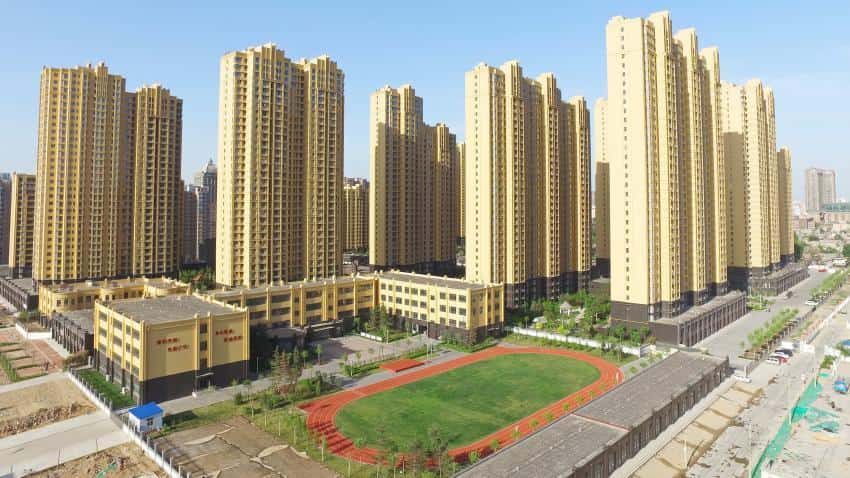 Non-banking finance companies (NBFC) and mortgage lenders, which control the lion's share of developer loans, are using all the tricks in the marketing and finance trade books to help realtors still smarting from the pains inflicted by the note-ban, Rera and GST, to sell their inventory so that these lenders secure their monies. According to a recent report, non-banking finance companies and pure-play mortgage lenders have an exposure of a whopping Rs 2.2 trillion of the Rs 4 trillion developer loans market, while commercial banks' exposure is much lower at Rs 1.8 trillion only. These lenders fear that with so little demand in the market that is sitting on nearly 0.5 million units of unsold inventory, the chances of more and more developers going broke and their assets turning dud are higher in near future.

It can be noted that the realty sector saw a wave of reforms in recent past, beginning with the note-ban in November 2016, followed by the introduction of the Real Estate Regulatory Act (Rera) and the goods and services tax (GST), which have all badly hit the sector with new project launches and sales declining significantly. "NBFCs which have lent to small and mid-sized developers will be in serious recovery mode. We believe that NPAs reported by NBFCs focused on the realty sector will increase in 2018. These lenders may also drive smaller firms to consolidate with reputed developers," Sahil Vora, founder and managing director of realty consultant SILA told PTI.

According to a report by property consultant JLL, as many as 440,000 residential units remained unsold across key cities at the end of 2017. The number of unsold ready-to-move-in homes is estimated at 34,700 in the top seven metros of Mumbai, Delhi-NCR, Chennai, Hyderabad, Pune, Bengaluru and Kolkata.

According to a recent report by Ambit Capital, the total exposure of lenders to developer financing is Rs 4 trillion, with banks having an exposure of Rs 1.8 trillion and NBFCs and housing finance companies contributing the rest. "While banks have been reducing their exposure, NBFCs have significantly increased their exposure to the realty sector backed by benign liquidity and interest rate environment of late. Seasoning and tenure of loans, city- and developer-wise exposures, and yields on loans show NBFCs/HFCs have significantly riskier real estate loan books than banks," Ambit Capital's Pankaj Agarwal said in the report.

Some of these NBFCs/HFCs like Piramal Capital and JM Financial among others are also running huge asset liability mismatches to the tune of two years, and rising bond yields can impact their margins further and so will be their asset quality, the report said. Apart from these, Aditya Birla Capital, Edelweiss Capital, HDFC, Indiabulls Housing Finance, DHFL and IIFL, among also have higher exposure to developer loans.

Vora further said many firms have also engaged teams into project management and development, and other allied services to help developers to not only to assist in funding those but to also to ensure they achieve sales. "Some have even assisted in providing home loans to buyers thus ensuring sales," he added.

Saurabh Gupta, vice-president and fund manager at IIFL Real Estate Practice said, "We are always monitoring developers and wherever direct or indirect involvement is required, we have to step in."
His company assists developers in various areas like sales, getting them introduced to a sales partner or private wealth partners so that inventory can move.

"Sometimes we show the developers the market trends so that they can reprice, resize or tweak the product design. Also, sometimes there can be capital engagement wherein the capital market players may suggest an alternative capital structure," said Gupta.

Echoing similar views, Amit Goenka of Nisus Finance which is into project finance in the realty space, says NBFCs will have to help realtor drive sales to recover their loans. "Advantage of NBFCs is that they can adopt various tools for corporate debt restructuring without resorting to refinancing as they are not under the purview of the regulations that guide the commercial banks.

"They can buyout inventory and sell them as they are not limited by product structures. NBFCs can thus innovate and come up with practical models to recover their money," he added.