The old notes can be used for making payment of utility services such as water, electricity, taxes, charges, penalties to central and state governments. 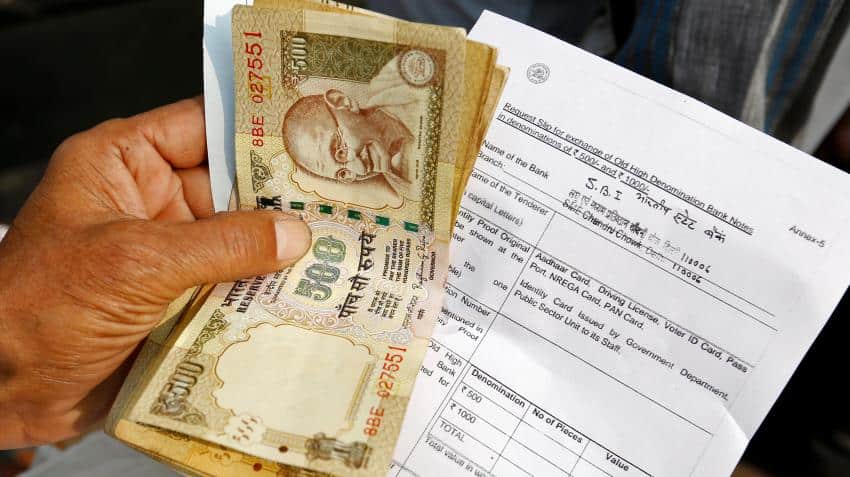 A person stands with his documents in a queue outside a branch of the State Bank of india as people wait to exchange old high denomination bank notes in Old Delhi, India, November 10, 2016. Photo: Reuters/Cathal McNaughton

Old Rs 500 and Rs 1,000 notes can be used by people towards making payment for utility services like water and electricity till November 11 midnight, the Finance Ministry said on Thursday.

"Such old notes to be accepted for payment of utility charges like water and electricity till November 11 midnight. Records to be maintained," Economic Affairs Secretary Shaktikanta Das said in a tweet.

The old Rs 500 and 1,000 notes will also be accepted for payment of fees, charges, taxes, and penalty to central and state governments, including municipalities and local bodies, Das tweeted.

The government demonetised Rs 500 and Rs 1,000 notes effective November 8 midnight. But, it announced, these notes shall not cease to be legal tender till November 11 for providing public convenience in carrying out certain emergency and urgent transactions.

The notification specified that all establishments allowed to carry transaction till November 11 will have to maintain a complete account of record of stock and sale of transactions made with old Rs 500 and Rs 1,000 banknotes.