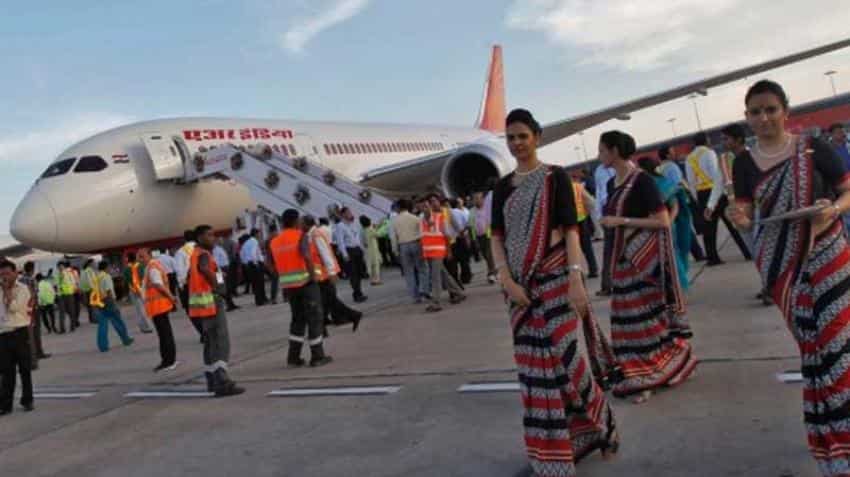 Air India failed to receive any interest on a proposal to sell 76 per cent of the government's stake by May end. Image source: PTI
Written By: ZeeBiz WebTeam
RELATED NEWS

Union Government may come up with a plan of listing the ailing state carrier Air India. Sources close to the development informed Zee Business's Sameer Dixit that government is open to the idea of listing Air India after it failed to attract buyers for a 76 per cent stake in the national flyer. Air India failed to receive any interest on a proposal to sell 76 per cent of the government's stake by May end.

Now, government may come up with an IPO for its ailing Maharaja. Sources said that, negatives apart, Air India has many positives because of which authorities are confident that the listing process will help get a good amount for it.  The proposal of listing Air India will be discussed during the next Group of Ministers (GoM) meeting that is scheduled to be held this month. During the meeting, Arun Jaitley-led GoM will take a final call on the proposal to list the national flyer that they should give a nod to it or not.

According to the sources, there won't be any foreign ownership as the government is not open to the idea of foreign control.