The ministry has taken the first step towards doing this by setting up the one megawatt solar power plant at the Amritsar Railway Station. 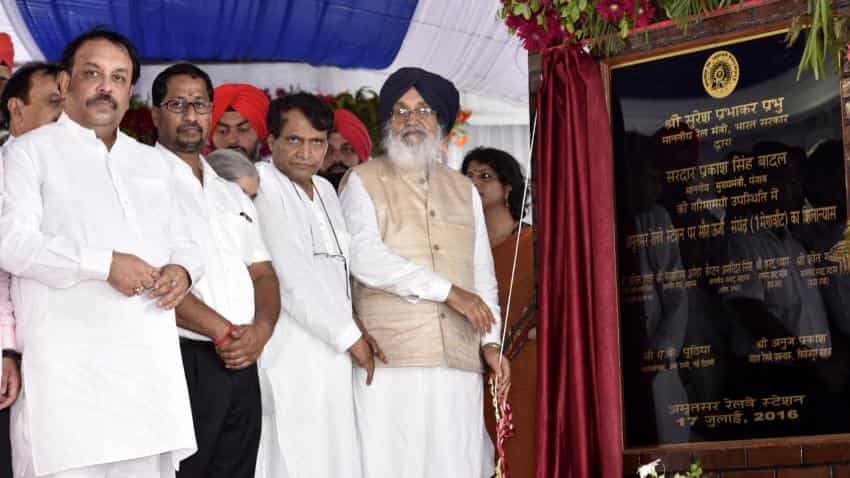 Here's a list of 50 passenger centric amenities by Indian Railways

The Railway Ministry will install solar panels in all railway buildings across the country, said Union Railway Minister Suresh Prabhu.

The ministry has taken the first step towards doing this by setting up the one megawatt solar power plant at the Amritsar Railway Station.

Prabhu made the announcement of the drive towards solar power for the railways while laying the foundation stone to the power plant in Amritsar on Sunday, according to a Business Insider story.

The power plant will produce 14 lakh units of power per year. It is expected to cost Rs 8 crore to set up, according to the report.

Prabhu further said that the plant will save Rs 1.40 crore for the railways.

This was seen as a big step by the Railways Ministry in India as even one of the largest environmentalist NGO Green Peace tweeted its appreciation.

The savings would be much more if every railway building has solar panels attached to them. A reason why the railways is looking towards it.

Prabhu said that the government is focusing to produce solar energy from waste materials that would reduce the expenditure of the Railways on electricity.

The Indian Railways has already successfully tested a train to run at the speed of 180 kilometers per hour and would work to start high speed train between Amritsar to New Delhi, said the report.

Here's a list of 50 passenger centric amenities by Indian Railways