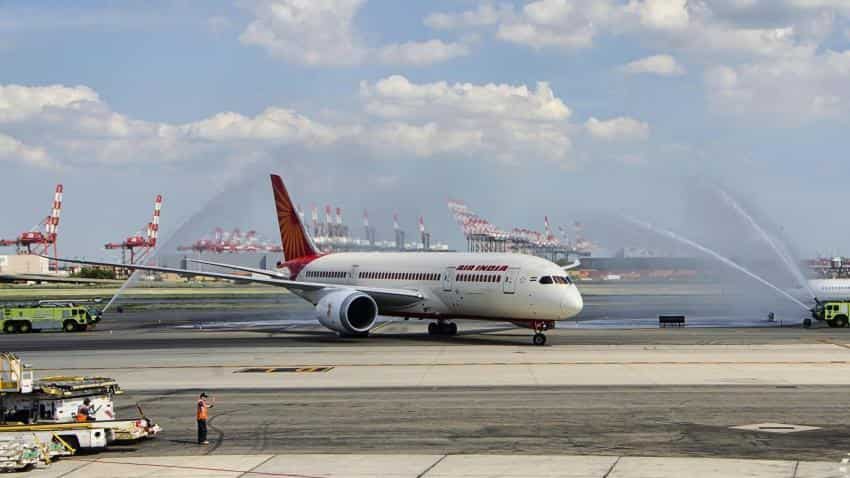 Charging extra for choice of seats in flights, including the middle ones, is a commonly accepted international practice and is not something new. Image Source: IANS

Shell out a little more even if you want a middle seat in flights with airlines charging extra for preferred seats as they look to increase their ancillary revenues amid stiff competition.

With regulations permitting unbundling of various services offered by domestic carriers, choosing a particular seat, especially the window ones and those with more leg space, comes at extra cost.

Charging extra for choice of seats in flights, including the middle ones, is a commonly accepted international practice and is not something new. It also helps in adding to the ancillary revenues, aviation industry officials said.

Passengers give more preference for window and aisle seats as well as those having extra leg room, they added.

A Jet Airways spokesperson said allowing guests to pre-reserve seats for a fee is a prevalent and commonly accepted industry practice by almost all major airlines, full service as well as low cost, in the world.

"It is also followed by domestic carriers in India and forms a part of a carrier's ancillary revenues, compliant with the DGCA guidelines," he said in a detailed response to queries about charging for preferred seats, including the middle ones.

With increasing competition in the Indian aviation sector, which has been seeing over 20% domestic passenger growth for nearly two years, airfares are relatively at lower levels. Against this backdrop, airlines look at ways to increase their ancillary revenues, including by way of charging extra for preferred seats.

ALSO READ: DGCA to turn on 'no selfie' sign on airlines

Industry officials said that extra charge is levied for choosing middle and other seats mostly when a passenger makes a choice at the time of online booking or during web check in.

"The seats are assigned on a first come first served basis at the check in counter. A passenger who needs to select a seat can opt for web check in and block the seat and can also do it while booking flight tickets," a SpiceJet spokesperson said while responding to queries about charging for choice of middle seats.

Apart from SpiceMax seats, all seats are assigned free of charge at the check-in counter, he added. SpiceMax offers fliers with more facilities such as extra leg room at an extra cost.

When asked about the practice, a GoAir spokesperson said currently it is the "only airline to initiate the affordable seat selection offer with seat selection at the least available price from Rs 99 onwards".

Guests can pre-book the seats of their choice for a hassle free journey across all sectors offered by GoAir at the lowest available rates compared to other airlines, he added.

"Seat select is a completely optional service, as within check-in window (24 hours before departure) any guest can select any seat in the cabin that is not already reserved, completely free of charge," Jet Airways spokesperson said.

JetPrivilege Platinum and Gold members can pre-reserve their preferred seat free of charge.

An IndiGo spokesperson declined to comment for the story.

National carrier Air India charges for preferred seats such as window ones but passengers do not have to pay for choosing middle seats, according to an Air India official.

In May this year, the airline extended the facility of preferred seat selection to cover flights operated to SAARC countries, Saudi Arabia and all domestic routes. It was already available for most of its international flights.

These seats which can be availed by a passenger in exchange of payment provide comfort of extra leg space and that of deplaning much faster upon arrival, as per a circular issued by Air India in this regard in May.

DGCA to turn on 'no selfie' sign on airlines