Now, a robot to assist Vistara passengers at IGI airport

The robot has been envisioned and incubated under Vistara's Innovation initiative. It is conceived, designed and engineered by its team of technology experts and apprentices from Tata Innovation Lab with support from students of reputed institutions. 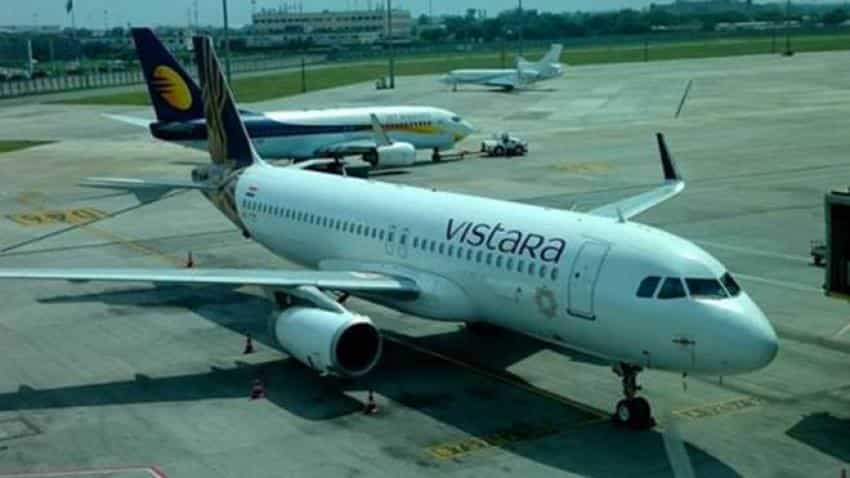 Come July and passengers of full service carrier Vistara will be assisted by a robot at its lounge in IGI airport here, helping them address their queries, scanning boarding passes and providing flight status and weather conditions of the destination city. Capable of moving around in a predefined pathways. The robot named 'RADA"will also greet customers and interact with them using basic hand movements.

Additionally, it can engage with kids and adults by playing games and other multimedia content such as songs and videos, said a statement issued by the airline. The robot will be placed at Vistara's Signature Lounge at Delhi Airport's Terminal 3 from July 5, it said.

It will be further developed over a period of time in terms of functionality and features for future use cases, after gauging customer feedback.

The robot has been envisioned and incubated under Vistara's Innovation initiative. It is conceived, designed and engineered by its team of technology experts and apprentices from Tata Innovation Lab with support from students of reputed institutions.

The statement claimed 'RADA' is one of India's most economical robots completely made of indigenous components and a compelling 'Make in India' story.

The robot is built on a chassis of four wheels, enabling it to rotate 360 degrees, and has three in-built cameras for cognitive interaction. Combining these components with an effective voice technology, Vistara has developed the robot to provide a simple solution to cater to the emerging and future trends, the statement said.

"With RADA, we aim to change the way people interact and fly with an airline. We will be developing ?RADA' based on customer feedback and equipping it with the most effective features in the time to come.
" Our steadfast focus remains to be on delighting customers across all touchpoints, and we're confident that "RADA' will help us take the 'new feeling' to the next level,? said Vistara's Chief Executive Officer, Mr. Leslie Thng.

Vistara is a joint venture between Tata Sons Limited and Singapore Airlines Limited (SIA) with the Indian company holding majority stake of 51 per cent. The airline began operations on June 9, 2015 and at present has a fleet strength of 20 aircraft.