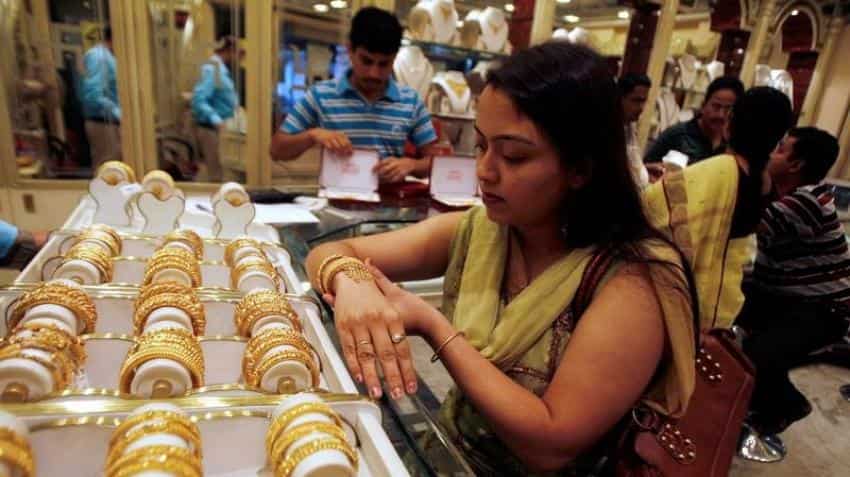 In the long run, however, this move is encouraging people to use plastic money, creating more transparency, which is good for the industry, GJF Chairman Nitin Khandelwal said. Image Source: Reuters
Written By: PTI
RELATED NEWS

The jewellery industry, which suffered and saw about 80% drop in demand following the demonetisation, is slowly recovering, although it may take over a year for things to become normal, market experts said.

"After Prime Minister Narendra Modi announced the demonetisation move on November 8, 2016, there was a liquidity squeeze in the market and the demand for jewellery went down by around 80%. However, after December 31, things are recovering and we have seen 30-40% improvement in demand," the newly-elected All India Gems and Jewellery Trade Federation (GJF) Chairman Nitin Khandelwal told PTI.

He said in the 50 days after the note ban, which was also the peak wedding season, recycling went up by three times.

"Recycling of jewellery, both the light weight and wedding jewellery, went up by three times during the 50 days demonetisation drive that created a cash crunch and stopped currency spending in the market," he added.

In the long run, however, this move is encouraging people to use plastic money, creating more transparency, which is good for the industry, he said.

"The consumer modus operandi has changed as there has been an increase in the use of plastic money, debit/ credit cards for buying jewellery. This is good for the industry in the long run and will create more transparency," he said.

He opined that in the long run, demonetisation will benefit the industry, however, it is likely to take more than a year for things to become normal.

"We are facing problems with 40% unorganised segment as these workers are spread in villages and clusters, where there are no banks. So, we are working on registering them and providing them with mobile banking facility to bring them under the organised segment," he added.

Fortunately, the government announcement came after Diwali, when the manufacturing units close and the workers usually take annual holiday to go back home, he said.

ALSO READ: Will gold remain most trusted metal after demonetisation?

"We were not affected much as the announcement came after the manufacturing units were shut for annual holiday of workers. Otherwise, we would have been in trouble," Pandya added.

Pandya said, of the 40% unorganised sector, the industry was affected by 10-15% due to the government's move to withdraw Rs 500 and Rs 1,000 denomination notes.

"Overall, the the impact to the export industry was 4-5%, but of the total 40% unorganised sector there was an impact of 10-15%. We expect the manufacturing to come back to normal in three to four months," he added.

In the long run this move will help the industry and benefit the workers, he pointed out.

Meanwhile, the World Gold Council - the gold market in 2017 - report said that in India, the government's decision to remove large denomination rupee notes took around 86% of India's circulating cash out of its economy.

"While the purpose is to replace them with newly-printed notes, we believe that the liquidity squeeze could have a temporary negative effect on economic growth, and may also affect gold demand in the short term," the report said.

But more importantly, WGC believed that the transition to transparency and formalisation of the economy will lead to stronger Indian growth in the longer term, thus benefiting gold.