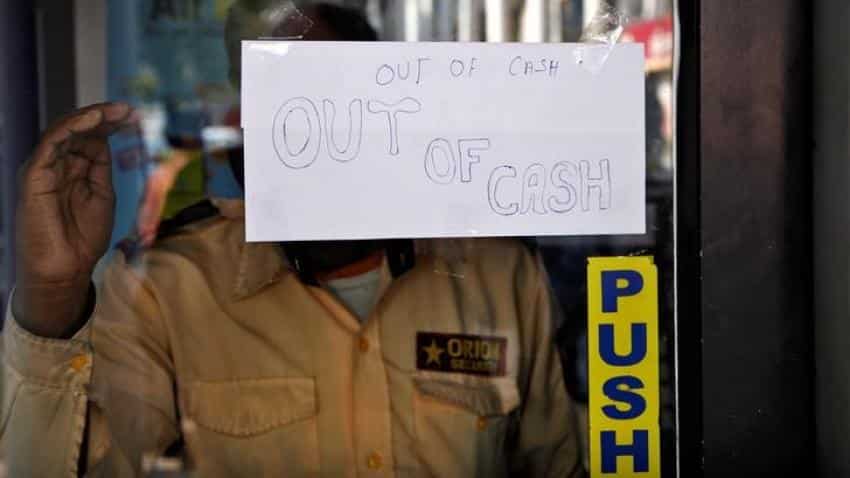 The survey unveiled that the note ban would lead to better outlook in the long run. Photo: Reuters

Demonetisation will leave a negative impact on small and medium enterprises (SMEs), rural consumption and job creation while the large organised sectors stand to benefit in the long term, industry chamber Assocham said on Sunday.

"Demonetisation of high value currency notes would leave quite a negative impact on small and medium enterprises, rural consumption and job creation in the immediate run while the large and well organised sectors of corporate India stand to benefit in the long term, the latest Assocham-Bizcon Survey pointed out," the industry body said in a release here.

Noting the stark contrast in survey responses, Assocham said: "While 81.5% of the respondents felt the SMEs have been hit and would still suffer the lingering effect for one more quarter, an equal number said for large enterprises, the impact of the note ban would be positive."

The survey unveiled another paradox, in that, while it said the note ban would lead to better outlook in the long run, "over 66% of the responses pointed towards negative on investment, linked to issues like subdued consumer confidence and demand, particularly in rural landscape."

"At a holistic level, a large number of respondents felt that the impact could be seen in sales volume declining in the last quarter of the current financial year. Same holds good for the order book position with investment graph not showing much of an uptick for the January-March quarter."

Attributing the easing of prices in vegetables and other crops to incidents of distress sale due to cash scarcity, 92% of the Bizcon Survey respondents said demonetisation would have a positive impact on inflation.

"When the economy is in a state of flux, it is quite a challenge to get the real picture on the ground. Even though our survey does point towards some level of stress, the jury is still out and it would be quite a while before one can say with complete certainty whether or not the currency jerk was good or bad for the economy," Assocham Secretary General D.S. Rawat said.

"For the present, the impact is seen on certain sectors, while others escaped," he added.

On the sectoral impact of demonetisation, the survey said agriculture, cement, fertilizers, automobile, textiles, real estate and retail will have negative impact while power, oil and gas, pharmaceuticals, IT and electronics, and infrastructure will see a positive impact.