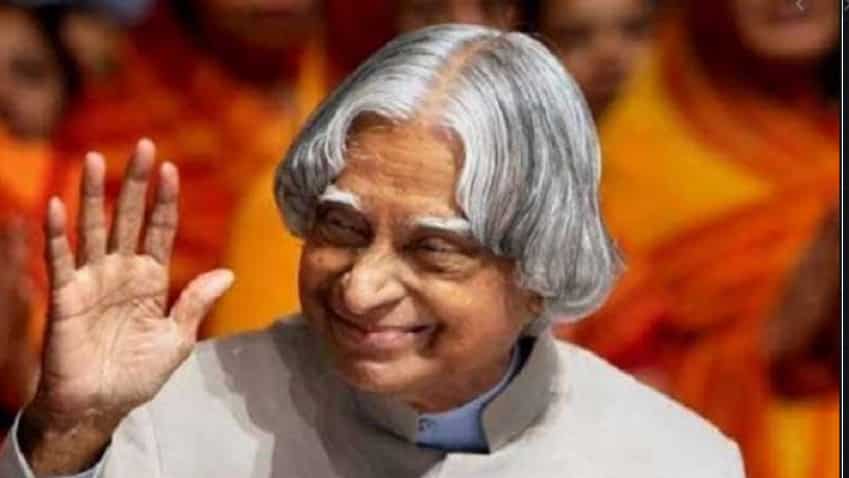 PSLV-C49 with latest earth observation satellite EOS-01,9 others lifts off

From being the people`s President to spearheading the development of the most significant Indian missiles, late President Dr APJ Abdul Kalam has contributed to the development of the country in different spheres.As an aerospace scientist, Kalam worked with India`s two major space research organisations - Defence Research and Development Organisation (DRDO) and Indian Space Research Organisation (ISRO). While, his work in the development and operationalisation of Indigenous guided missiles - AGNI and PRITHVI - earned him the title of the `Missile Man of India,` there are many more ways in which Kalam has helped India in the division of science and technology.On the 89th birth anniversary of Dr APJ Abdul Kalam, here are 5 of his scientific contributions to the country:

2. Directed projects for the development of ballistic missilesKalam also headed the projects Devil and Valiant which had the aim of developing ballistic missiles using the technology behind the successful SLV program. Under mission Kalam with other projects, members developed many missiles including AGNI which is an intermediate-range ballistic missile and PRITHVI which is a surface-to-surface missile.

3. Headed multiple nuclear tests at PokhranServing as the Chief Scientific Adviser to the then Prime Minister, Kalam played a major role in heading the Pokhran-II nuclear testing leading to him being known as the best nuclear scientist of the country at that time. The nuclear testing under the supervision of Kalam during the period of July 1992 to December 1999 made India a nuclear-armed state.

5. Developed the rugged `Kalam-Raju tablet`The duo of Kalam and Soma Raju later in 2012 designed a rugged tablet computer for better health care administration in the rural pockets of the country. They termed it the `Kalam-Raju tablet.`For his work in the stream of science and politics, the 11th President was also awarded India`s highest civilian honour or the Bharat Ratna.Kalam breathed his last on July 27, 2015, while delivering a lecture at the Indian Institute of Management Shillong when he collapsed and died from a cardiac arrest.Five years after his demise, his contributions are still remembered as some of the best scientific and technological developments in the country.

PSLV-C49 with latest earth observation satellite EOS-01,9 others lifts off