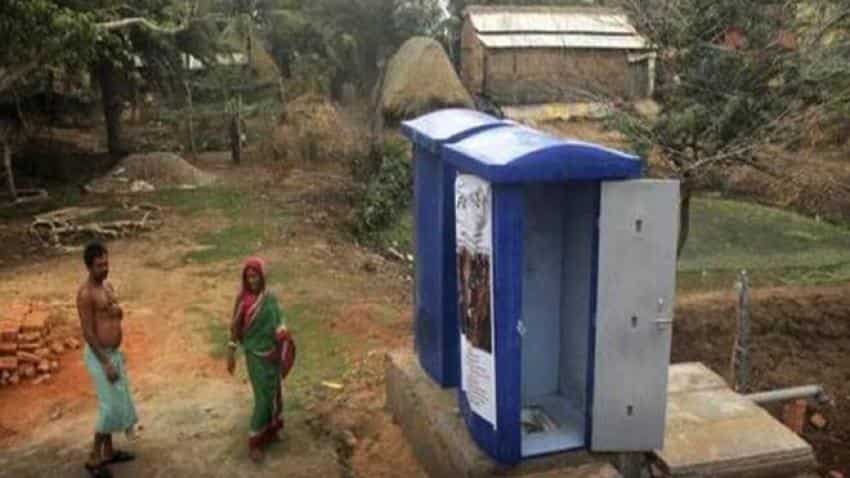 CAG said the DUSIB, responsible for making slums and JJ clusters in the city open defecation free (ODF), did not receive the state share from the Delhi government. Image source: PTI
Written By: PTI
RELATED NEWS

Not a single toilet was constructed in the national capital since the inception of the Swachh Bharat Mission two-and-half years ago, with funds to the tune of Rs 40.31 crore for this purpose lying 'idle', the CAG said today. According to a report by the Comptroller and Auditor General (CAG) tabled in the Delhi Assembly, the AAP-led city government did not allocate the Mission funds to implementing agencies as per their requirements. It said the implementing agencies, including all three Municipal Corporations of Delhi (MCDs) and the Delhi Urban Shelter Improvement Board (DUSIB) received a total of Rs 40.31 crore under the Mission including Rs 10.08 crore as state share, but the entire fund remained unutilised as of March, 2017.

"NDMC, SDMC and DCB did not assess the requirement of household toilets, but the Mission funds totalling Rs 16.92 crore was released to them for construction of household toilets," the CAG report said. The auditing body said the DUSIB, responsible for making slums and JJ clusters in the city open defecation free (ODF), did not receive the state share from the Delhi government. "The DUSIB received (as in January, 2016) an amount of Rs 6.86 crore, including the state share of Rs 1.71 crore (25 per cent of the total cost) against Rs 41.49 crore required by them.
"Though the body actively followed up with the Government of National Capital Territory of Delhi (GNCTD) for state share (60 per cent ) for construction of community toilets, the GNCTD did not release the same during 2016-17. Therefore, DUSIB refunded the entire fund of Rs 6.86 crore it received under the Mission," the CAG said in its report.

"Not a single toilet was constructed under the Swachh Bharat Mission in two and half years since its inception on October 2, 2014. All the fund totalling Rs 40.31 crore allocated for this purpose is idling in banking; as the monitoring and evaluation mechanism prescribed in the scheme was not worked upon. "This shows that the GNCTD did not give adequate importance to the implementation of the Swachh Bharat Mission Scheme," the report said.

The CAG also added that beneficiaries of unauthorised colonies were not considered for construction of household toilets under the Mission, which means "most of the habitats known for lack of toilet facilities were excluded from the Mission at the planning stage itself".