Prime Minister Narendra Modi will be laying the foundation stone of the international airport, which is expected to be operational by September 2024. 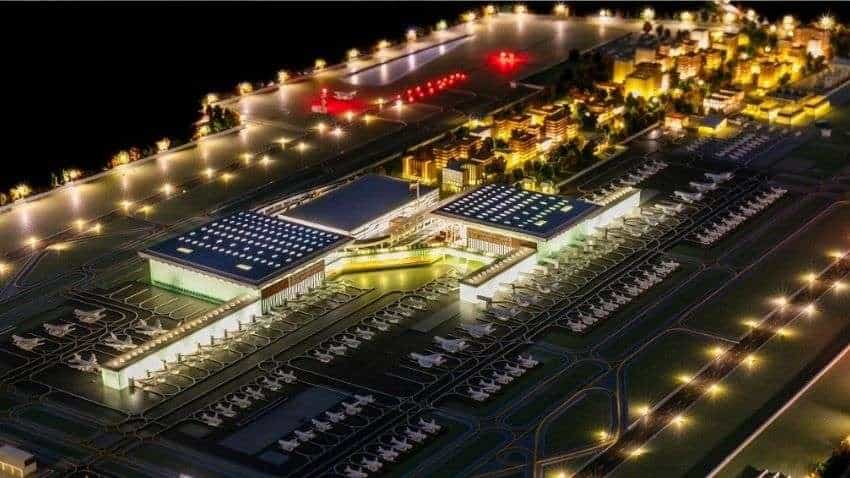 Prime Minister Narendra Modi will be laying the foundation stone of the international airport, which is expected to be operational by September 2024. (Image Source: Twitter/@IAmGMishra)

The first phase of the Noida International Airport at Jewar will entail an investment of Rs 8,914 crore and the initial annual passenger handling capacity will be 12 million, a senior official civil aviation ministry official said on Wednesday.

Prime Minister Narendra Modi will be laying the foundation stone of the international airport, which is expected to be operational by September 2024.

The greenfield airport, spread over 1,330 acres of land, will initially have two runways and Zurich Airport International AG (concessionaire) emerged as the winning bidder for developing the aerodrome.

Civil Aviation Secretary Rajiv Bansal on Wednesday said the capital expenditure for the first phase of the project will be Rs 4,588 crore. The total cost will be Rs 8,914 crore, including Rs 4,326 crore to be spend by the Uttar Pradesh government towards Resettlement and Rehabilitation (R&R) and land acquisition.

The total cost of the airport project is estimated at Rs 29,560 crore, Bansal said. The amount excludes the money to be spend by the Uttar Pradesh government towards R&R and land acquisition.

The airport will be developed by Yamuna International Airport Pvt Ltd (YIAPL), in which Zurich Airport International AG has 100 per cent shareholding.

The concession period for the airport is 40 years and NIAL will have one per cent "golden share" in YIAPL as well as the rights to appoint two directors on the YIAPL board.

The memorandum of understanding (MoU) between the concessionaire and the Union government for reserve services was signed on November 22.

Bansal said eight new airports are coming up in Uttar Pradesh, including at Jewar and Ayodhya.

Five aerodromes are expected to be ready next at Aligarh, Chitrakoot, Azamgarh, Mordabad and Shravasti in 2022.

In 2023, two more are expected at Ayodhya and Muirpur, and Jewar will be operational in 2024.

Currently, there are nine operational airports in the state. They are at Lucknow, Agra, Gorakhpur, Varanasi, Kanpur, Prayagraj, Hindon, Kushinagar and Bareilly.

The Jewar airport will be the second international airport to come up in Delhi-NCR and will help decongest the Indira Gandhi International Airport in the national capital.

It is strategically located and will serve the people of cities including Delhi, Noida, Ghaziabad, Aligarh, Agra, Faridabad and neighbouring areas, the Prime Minister's Office said in a statement on Tuesday.

The airport will be the logistics gateway of northern India and due to its scale and capacity, it will be a game changer for Uttar Pradesh, it added.

According to the statement, for the first time, an airport in India has been conceptualised with an integrated multi-modal cargo hub, with a focus on reducing the total cost and time for logistics.

The airport will also be linked to the planned Delhi-Varanasi High-Speed Rail, enabling people to complete the journey between Delhi and the airport in only 21 minutes.

The airport will also house a state-of-the-art MRO (maintenance, repair and overhauling) service.

New rules for consumer commissions: Government issues notification - All you need to know