Noida Traffic Police has issued an advisory in the wake of Independence Day celebrations in Delhi. 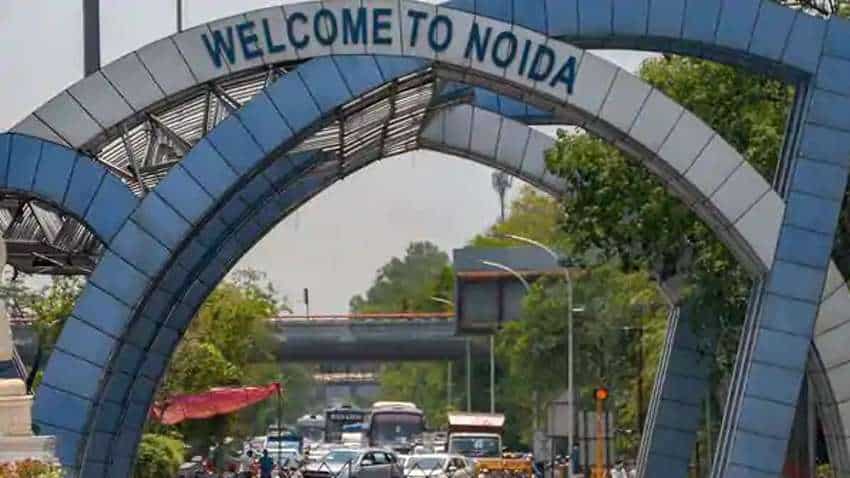 he restrictions have been imposed in view of the full dress rehearsal on Thursday and the Independence Day parade on Friday. PTI pic
Written By: Prashant Singh
Edited By: Harish Dugh
RELATED NEWS

Noida Traffic Police has issued an advisory in the wake of Independence Day celebrations in Delhi. The Gautam Buddh Nagar Police said that heavy and medium-range goods carriers will not be allowed entry into Delhi via Noida from 11 pm on Wednesday till 11 am on Thursday and again on Friday and Saturday for the same time period.

The restrictions have been imposed in view of the full dress rehearsal on Thursday and the Independence Day parade on Friday in the national capital, the district traffic police said in an advisory. "Please use alternative routes to Delhi during the restricted period in order to avoid inconvenience," the police said.

Earlier, ahead of the Independence Day function and the full dress rehearsal ceremony on August 13, the Delhi Police had issued a traffic advisory to ensure safe and smooth vehicular movement across the national capital. According to the advisory, the traffic around Red Fort from where Prime Minister Narendra Modi will address the nation on Independence day will remain closed for general traffic from 4 am to 10 am and only labelled vehicles will be permitted. Traffic restrictions for the full dress rehearsal on August 13 and for Independence Day function will remain same, police said.

For north-south destinations -- commuters need to take alternative routes from Aurobindo Marg - Safdarjung Road, Connaught Place-Minto Road and Nizamuddin bridge to cross the Yamuna --Pushta Road- GT Road, it said. For east-west corridor, commuters will need to follow alternative routes from DND-NH24-Vikas Marg, Vikas Marg- DDU Marg, and Boulevard Road-Barfkhana, the traffic advisory stated. Geeta Colony Bridge will be closed towards Shantivan and vehicles will not be permitted on lower Ring Road from ISBT Kashmere Gate towards Shantivan and from IP flyover towards Rajghat, it stated.

According to the traffic police, inter-state buses will not be allowed between Maharana Pratap ISBT and Sarai Kale Khan ISBT from 12 midnight to 11 am on August 13 and the same will be followed for August 15.  City buses, including the ones operated by DTC, will not ply on Ring Road from 12 midnight to 11 am on August 13, between ISBT to NH-24/NH T-point on Ring Road and take alternative routes available on the Independence Day as well, the advisory said. These buses may use GT Road, Wazirabad Road and NH-24. Routes of buses terminating at Red Fort, Jama Masjid and Delhi main railway station will be curtailed or diverted, it said, adding that normal bus service will be restored after 10 AM.

Alternative routes will remain open to railway stations, bus stations and hospitals near the venue of Independence Day function, the police said.