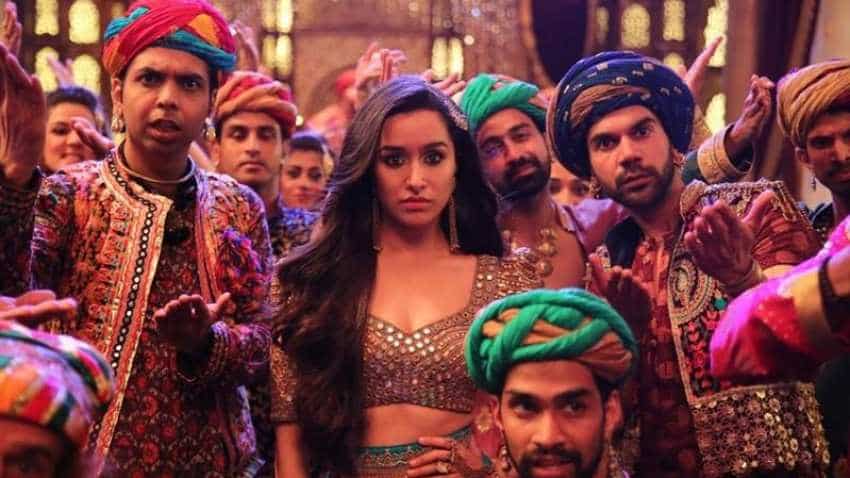 Stree Box Office collections: The movie has so far earned over Rs 120 crore and the good footfalls in the theatres are continuing. Image source: Reuters
Written By: ZeeBiz WebTeam
RELATED NEWS

Stree Box Office collections: The Rajkummar Rao and Shraddha Kapoor starrer horror comedy movie Stree is still buzzing at the box office. The movie has so far earned over Rs 120 crore and the good footfalls in the theatres are continuing. The movie had earned Rs 6 crore on the opening day and ended the first weekend with 31.26 crore collection. The Amar Kaushik directed movie has earned critical acclaim from the audiences and has received a warm reception.

After 4 weeks of its run, the horror comedy film is still doing well at the box office. Due to positive word-of-mouth, the film is expected to pick up further over the weekend. The movie is produced by Dinesh Vijan and Raj Nidimoru and Krishna D.K. under the banner of Maddock Films in association with D2RFilms.

The movie sets Chanderi town of Madhya Pradesh and revolves around the story of a wandering spirit. Shraddha Kapoor is a spirit in the movie, who roams around the streets during puja. Vicky (Rajkummar Rao), a ladies' tailor, falls in "love at first eyesight" with Shraddha Kapoor. She only visits the town during puja, and never steps inside the temple. She takes him to strange deserted places in the middle of the night and never reveals her name or phone number.