No Royal Enfield comfort for Eicher Motors as share price plunges Rs 1800 in 2 days; is stock worth it now?

Riding on Royal Enfield sales, analysts have always been upbeat on Eicher Motors, even the share price in one year showed some promising performance. 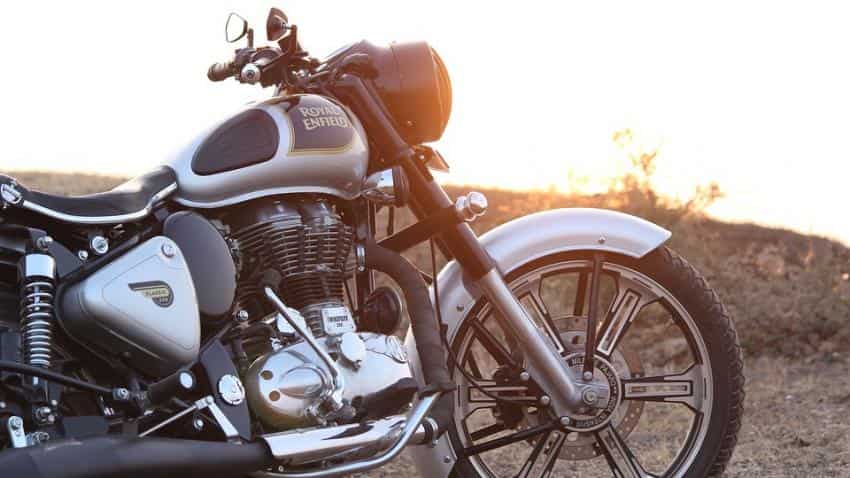 Eicher Motors which is the second most expensive stock on Indian stock exchanges has started to witness some selling pressure in its market valuation. What is surprising is that even the humming sales of it’s flagship two-wheeler Royal Enfield have failed to cheer investors. Significantly, and much to the worry of investors,  the company's stock has tumbled by nearly 3% on stock exchanges today. However, the figures are even more shocking because the stock has plunged by more than Rs 1,800 or 6% in just two days. Current valuation of Eicher is over Rs 30,000, but guess what analysts have given a Sell call with a target price that is half of the current trading price!

Riding on Royal Enfield sales, analysts have always been upbeat on Eicher Motors, even the share price in one year showed some promising performance.

But in past two days, things look bleak in Eicher’s stock price. 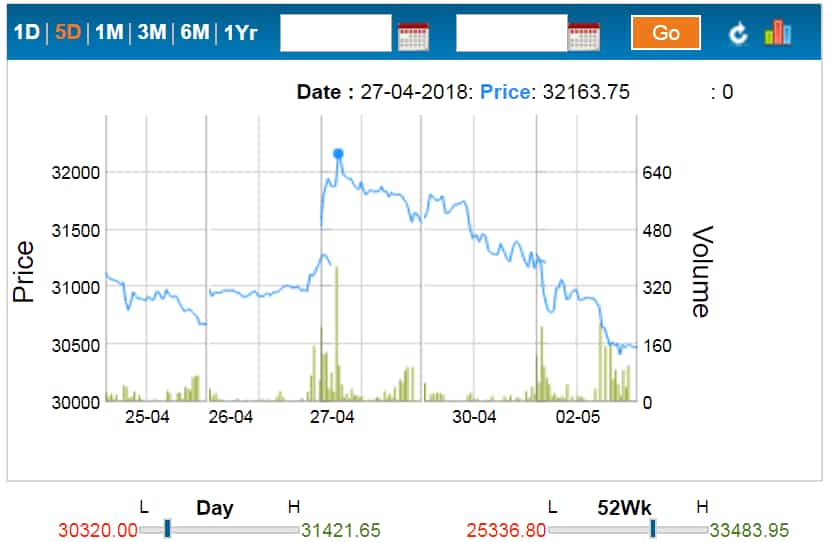 Chirag Jain and Indrapreet Singh analysts at SBICap Securities said, “After nearly 5 years of more than 50% volume CAGR, our analysis of state-wise sales trend coupled with our dealer checks suggest the first-ever sign of sharp growth deceleration in bookings for Royal Enfield (RE). We believe this is not yet reflecting in reported sales volumes up 23% FY18-YTD on account of run-off in order book, relatively benign channel inventory supported with network expansion.”

Compared to 50% EPS CAGR over FY12-17, the analysts at SBICap said, “we expect growth to normalize with 20% CAGR over FY18e-20e and hence, argue for a multiple de-rating to 25xPE (from 32x). They added, “We draw parallels from Harley Davidson, a similar cult biking brand, to demonstrate the possibility of such de-rating.”

Considering the above factors, SBICap analysts have given a Sell call with a target price of Rs 25,110 down by 22.5% current valuation.

Will Eicher see it's good days turn to ashes on stock exchanges? However, the company has faced tough times earlier and came back strong.