No pure GST on petrol, diesel; 28 pct tax plus VAT on anvil under it, says official 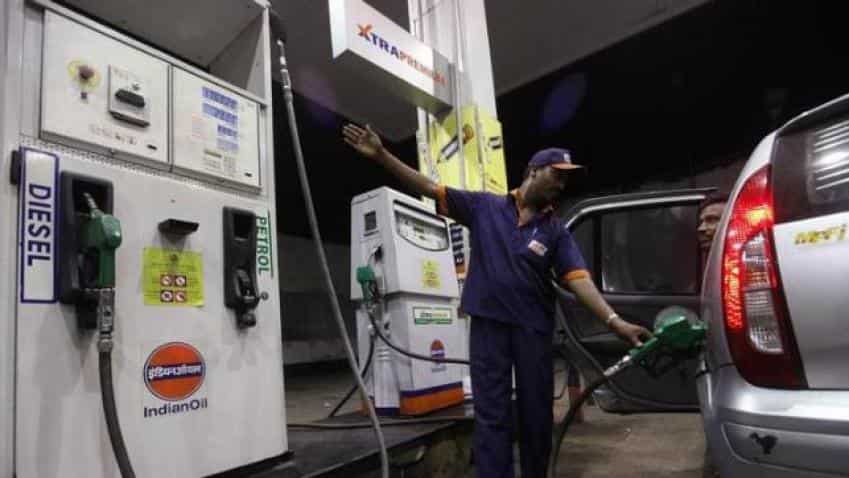 The peak GST rate plus VAT will be equal to the present tax incidence, which is made up of excise duty, levied by the central government, and VAT charged by the states. Image source: Reuters
Written By: PTI
RELATED NEWS

A peak tax rate of 28 per cent plus states levying some amount of local sales tax or VAT on petrol and diesel is likely to be the tax structure when the two auto fuels are covered under the GST regime, a top government official said. The peak GST rate plus VAT will be equal to the present tax incidence, which is made up of excise duty, levied by the central government, and VAT charged by the states.

But before the two fuels are put under GST, the Centre has to decide if it is willing to let go the Rs 20,000 crore input tax credit it currently pockets by keeping petrol, diesel, natural gas, jet fuel and crude oil out of the Goods and Services Tax (GST) regime that came into force from July 1, 2017, the official said.

"There is no pure GST on petrol and diesel anywhere in the world and so in India too it will have to be a combination of GST and VAT," said the official, who is closely involved with the GST implementation. The timing of including petro products in GST will be a political call which the centre and states will have to take collectively, he said. The Centre currently levies a total of Rs 19.48 per litre of excise duty on petrol and Rs 15.33 per litre on diesel. On top of this, states levy Value Added Tax (VAT) - the lowest being in Andaman and Nicobar

The official said that under GST the total incidence of taxation on a particular good or a service has been kept at the same level as the sum total of central and state levies existing pre-July 1, 2017. This was done by fitting them into one of the four GST tax slabs of 5, 12, 18 and 28 per cent.

For petrol and diesel, the total incidence of present taxation is already beyond the peak rate and if the tax rate was to be kept at just 28 per cent it would result in a big loss of revenue to both centre and states, he said. "The Centre doesn't have the money to compensate states for loss of revenue and so the solution is to have a peak rate of tax plus allowing states to levy some amount of VAT keeping in mind that the overall incidence should not exceed the present levels," he said.

GST has been spoken of as a panacea for high fuel prices but the structure in works would ensure rates remain almost at same levels unless centre and states decide to levy pure GST of 28 per cent and not go for an additional VAT or a cess. After hitting all-time high of Rs 78.43 a litre for petrol and Rs 69.31 for diesel on May 29, rates have marginally fallen during the subsequent days on softening in international oil prices and rupee strengthening against the US dollar. Petrol costs Rs 76.27 a litre and diesel Rs 67.78 in Delhi.

More importantly, GST being an ad valorem levy -- charged as a percentage on ex-factory price --- would have a cascading impact on retail prices whenever refinery gate prices are increased because of a rise benchmark international oil prices. The inverse would also be true.
Union Minister Arun Jaitley had in a blog post on Monday alluded to states earning more through ad valorem VAT when oil prices rise. The central excise is a fixed levy and does not change with changes in prices.

"The States charge ad valorem taxes on oil. If oil prices go up, States earn more," he had written. Mahesh Jaisingh, Partner, Deloitte India, said the ideal way for inclusion of petroleum products would be to levy only GST at a designated rate and allow full input tax credit on the same. "However, this may look utopian at this stage and the Government may consider a hybrid structure to begin with wherein these products would attract GST as well as some of the existing state levies in a manner where the overall percentage of tax rates remains same but the industry gets the ability to claim input credit of GST," he said.

This would ensure some stability in revenues in the first couple of years and also give some relief to the industry at large, he said. "Gradually, this hybrid model can be phased out making these products subject only to the levy of GST." Alternatively, while cesses are not at all ideal in a GST framework, the possibly of a GST plus cess structure cannot be ruled out, he said.

Pratik Jain, Partner & Leader, Indirect Tax, PwC said it would be better to consider bringing ATF and natural gas within the ambit first before bringing in passenger fuels like petrol & diesel. "Government has an option to have a dual structure to have an non creditable excise duty, in addition to GST which was discussed in early 2009. The other option is to have GST (possibly at a higher rate of say 40 per cent) with restriction on input credit in some cases," he said.

The Central government had raised excise duty on petrol by Rs 11.77 a litre and that on diesel by 13.47 a litre in nine instalments between November 2014 and January 2016 to shore up finances as global oil prices fell, but then cut the tax just once in October last year by Rs 2 a litre.

However, its implementation on five petro products - petrol, diesel, natural gas, crude oil and ATF was deferred. This resulted in the industry losing on revenue as they were not able to offset GST tax they paid on input from those paid on the sale of products like petrol, diesel and ATF