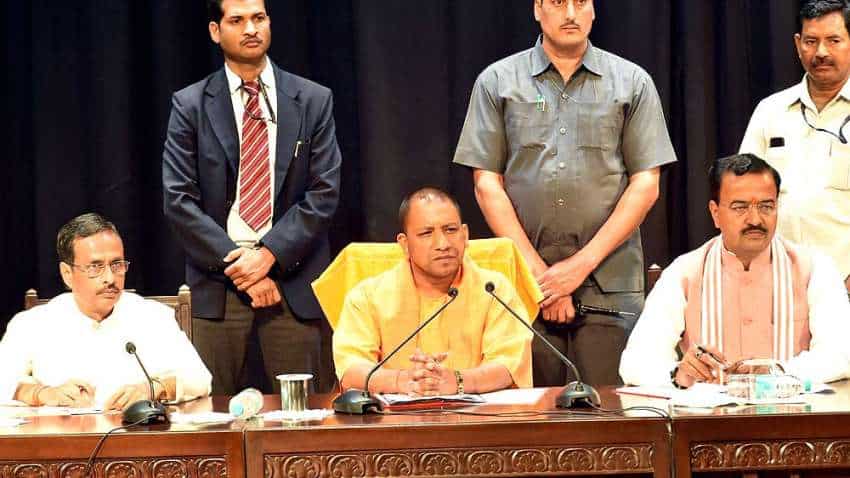 Uttar Pradesh Coronavirus update: Want medicine for cough, cold or fever? You will not get unless you give this first

Yogi Adityanath government scraps these allowances of UP government employees to save Rs 1,500 cr/year

UP govt accords industry status to warehousing and logistics sector

Uttar Pradesh Chief Minister Yogi Adityanath Sunday said the state government does not intend to impose any new tax to deal with the economic impact of the coronavirus crisis. Replying to reporters during a virtual press conference, Adityanath said, "We have started our economic activities, and these are moving on rapidly. As compared with the previous month, this month's revenue seems good."

"There is no thought of imposing any separate tax and our focus is to give more relaxation to the public. How to boost industrial activities while following social-distancing norms is our focus," he said.

Adityanath said when migrant labourers started returning to Uttar Pradesh, people thought it would trigger a chaos in the state.

"But we considered them as our strength," he said, adding that 27 lakh people have resumed work in the MSME sector.

"Desks for America, Japan and South Korea have been established and we are constantly communicating with them. We are working on every investment possibility. Arrangements have been made in the state to give equal opportunities to all. We will be successful in providing employment to every hand in the state," he said.

He said for the past 15 days, infection figures have increased suddenly and this is because of increased testing capacity.

?About one lakh medical screening teams are engaged. The work is in progress at the village level in every district and monitoring committees are also working, he said.

"Today, Uttar Pradesh appears to be the best destination when an investor leaves China. Recently a German company has selected Uttar Pradesh for its investment and many such other companies will arrive here. We will not only bring investment here, but also create employment," Adityanath claimed.

The Uttar Pradesh government had recently decided to set up a commission for exploring opportunities within the state for migrant workers.

The chief minister had recently said, "They are our people... And if some states want them back, they have to seek permission from the state government". There is a need to ensure their socio-legal-monetary rights, he had said.

The UP authorities have claimed that skill-mapping of about 14.75 migrant workers has so far been completed.

Over 1.51 lakh of them are real estate workers, a government spokesperson had said.

On May 29, the UP government had signed initial agreements with various industry bodies to help in providing 11 lakh jobs to migrant labourers who have returned in the wake of the COVID-19 pandemic.

He had also said his department has set up a control room for migrant labourers and has so far ensured payment of Rs 1,700 crore to workers in 75,000 units.

Uttar Pradesh Coronavirus update: Want medicine for cough, cold or fever? You will not get unless you give this first

Yogi Adityanath government scraps these allowances of UP government employees to save Rs 1,500 cr/year

UP govt accords industry status to warehousing and logistics sector

PPF vs Sukanya Samriddhi Yojana: Which investment tool is better for your child? Check surprise answer