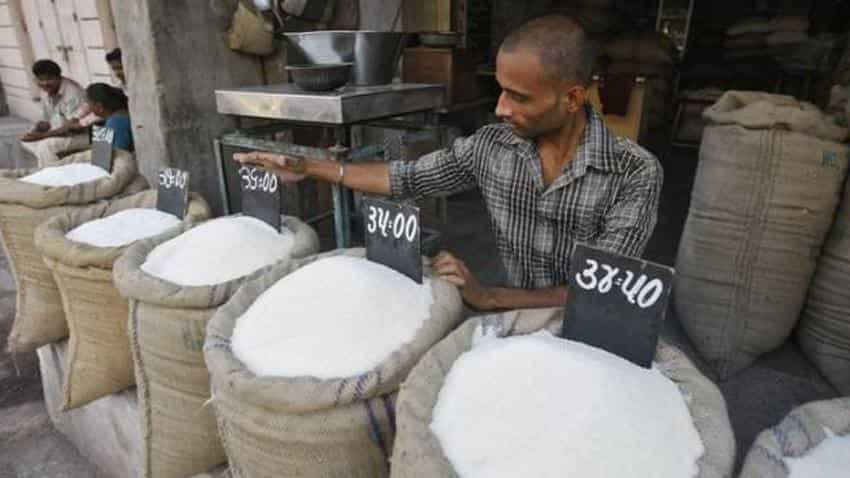 With the 75 lakh tonnes of surplus sugar and estimated sugar production of 234 lakh tonnes in 2016-17 sugar season, India will have a sufficient sugar stock for next year, thus there is no need for sugar import, Indian Sugar Mills Association said.

The domestic sales till this September end, i.e for 2015-2016 SS, to be around 250-251 lakh tonnes as against 256 lakh tonnes last year which is expected to leave a closing balance of around 75 lakh tonnes by the end of this month. This could be higher if 23-24 lakh tonnes not sold by sugar mills, ISMA said in its report.

Based on the satellite images of sugarcane crop acreage across the country procured in the middle of September 2016, the report said that the sugar production in 2016-2017 sugar season is estimated at 233.7 lakh tonnes, which is around one lakh tonne higher as compared to the preliminary predictions made in July this year at 232.6 lakh tonnes.

The report estimated the total sugarcane acreage in Maharashtra to be down 23% as compared to the last year at 8.10 lakh hectares, which is 0.30 lakh hectare more than the earlier estimate made in July.

This year, the State has received 5% more than normal rainfall during the South-West monsoon, that has increased the water availability in all major reservoirs to provide water for irrigation in sugarcane producing districts.

"Good amount of rains in cane grand growth period would help in improvement of sugar recovery % than what was expected earlier. However, above estimates are based on sugar recovery% of 11.05%, significantly lower to 11.3% achieved in 2015-16 SS."

As per the report, last year till 15 September, sugar mills had produced 250.5 lakh tonnes of sugar and the report estimates that mills may produce another  0.50 lakh tonnes in the remaining 15 days, which will take the total production in 2015-2016 SS to 251 lakh tonnes.

In 2015-16 SS the sales of the sugar declined as compared to 2014-2015 SS. Giving the reason for the drop in the sale, the report said that it was due to the sugar sales in the previous season i.e., 2014-15 SS had witnessed a very steep abnormal jump from the previous year.  Hence, there has been a correction this year.

According to the report, till the end of August this year, sugar mills has dispatched 226.50 lakh tonnes and the last year during same period is 237 lakh tonnes.

"ISMA is estimating a higher sugar sales of 23-24 lakh tonnes in September due to festival season and the pressure on some sugar mills to sell more sugar to achieve the stock levels of 37% by end of September 2016 as per Government’s direction, which usually is on an average of around 20-21 lakh tonnes."

Also, with normal monsoon across the country, including in major sugarcane producing States like Maharashtra and North Karnataka, sowing of sugarcane will be back to normal and, therefore, 2017-18 SS is expected to give surplus sugar production again.