Having burnt his fingers in the National Spot Exchange Ltd (NSEL), its founder and current 'mentor' of '63 moons technologies' (formerly Financial Technologies) Jignesh Shah said he would not invest any more into stock or commodity exchanges. 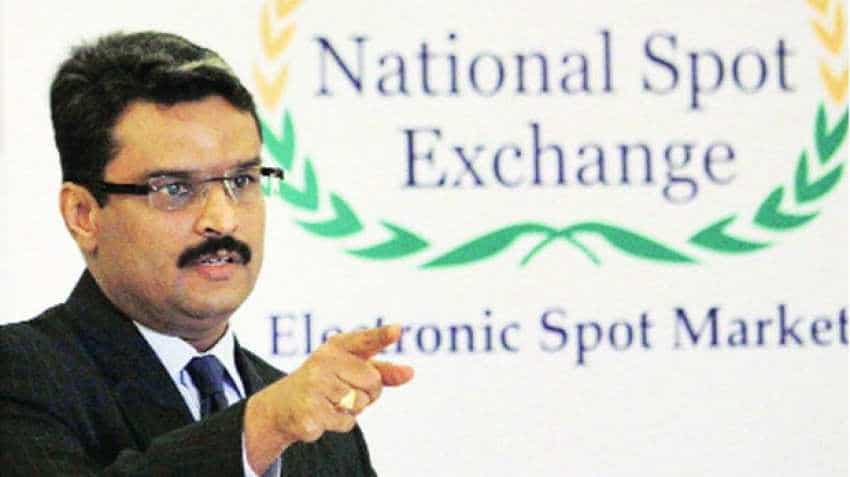 Jignesh Shah said he would not invest any more into stock or commodity exchanges. Image source: PTI
Written By: IANS
RELATED NEWS

Former MCX MD Jignesh Shah booked by CBI in a 2003 matter, searches carried out in Mumbai, Shimla and other places

Having burnt his fingers in the National Spot Exchange Ltd (NSEL), its founder and current 'mentor' of '63 moons technologies' (formerly Financial Technologies) Jignesh Shah said he would not invest any more into stock or commodity exchanges.

Speaking to IANS here, Shah said his current target is to recover the money of the company from the defaulters and mentoring new talent in his company 63 moons.

On being asked about plans for fresh investments in the exchange business after the NSEL issue gets resolved, he said: "We will recover (money) in the (NSEL) exchange business and then will say 'Sayonara' (Japanese for goodbye), permanently."

He also denied getting into exchanges globally.

In 2013, his fortune started to take a downturn after a scam worth Rs 5,600 crore came to light at the NSEL following which Shah had to lose all the exchanges he had developed.

He also has served over 100 days in jail.

Shah, however, describes the incident as an "accident" and says there was a deliberate attempt to ruin the company by not going after the "real culprits", which, according to him, included defaulters and brokers among others.

Citing a report by the Serious Fraud Investigation Office (SFIO), he said the NSEL scam had much to do with the defaulting brokers, traders and the executive management of the spot exchange, rather than Shah himself.

The company on Monday said has also served legal notices to former Finance Minister P. Chidambaram, and then Chairman of Forward Markets Commission, Ramesh Abhishek, and former Additional Secretary, Finance K.P. Krishnan informing them that 63 moons would move to the court seeking damages worth Rs 10,000 crore.

Shah was of the view that they played proactive roles in perpetrating the crisis, destroying the exchange ecosystem to favour the competitor -- he National Stock Exchange (NSE) -- which resulted in huge losses to shareholders of 63 moons technologies and loss of employment.

FMC, the then market regulator, has since been merged with the Securities and Exchange Board of India (SEBI). Abhishek is presently Secretary in the Department for Promotion of Industry and Internal Trade and Krishnan is currently the Secretary for Skill Development and Entrepreneurship.

Shah said that the alleged Rs 5,600 crore scam could have been solved much earlier, if the FMC had acted in time.

On the future prospects of 63 moons, the company he is currently mentoring, he was optimistic of its revival and said that it is a technology company, which will remain focused on innovation, in areas such as Artificial Intelligence and Internet of Things.

"If Japan can develop after the Hiroshima and Nagasaki bombings, then 63 moons can also grow. It's very clear we will innovate, but yes, at the same time, the system should support us, and even if they don't support, we will grow."

"My time will go into mentoring the internal talent who will innovate and propel growth for 63 moons."

Former MCX MD Jignesh Shah booked by CBI in a 2003 matter, searches carried out in Mumbai, Shimla and other places