No more rate hikes by RBI? This is what has come as a savior for loan takers

If status quo is the case, then your loan takers can rejoice as banks will not be in situation to make hike in lending rates. 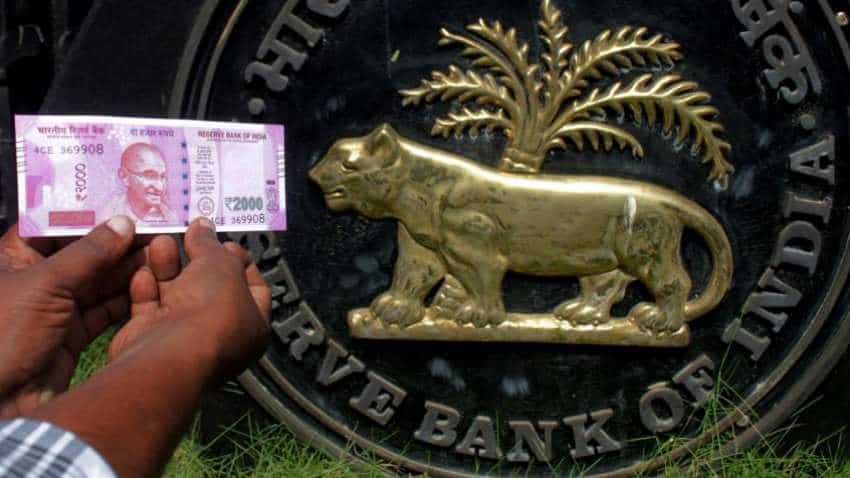 When the Reserve Bank of India (RBI) decided to maintain status quo in repo rate during the latest monetary policy in October, many analysts predicted some more shocks and expressed that a rate hike situation has still not abated. RBI has aggressively hiked policy repo rate from June to August 2018 policy, making it difficult for citizens to borrow or pay back EMIs on various forms of loans. Policy repo rate currently stands at 6.50% in India. Many had predicted RBI to make another hike in last policy, on the back of weakening rupee and boiling crude oil prices. However, RBI decided to maintain a muted approach, and it stood firm on its course as an inflation trajectory central bank.

Interestingly, the situation has been changing and looks like RBI may as not announce another rate hike in upcoming polic - the situation is slightly better now than what it was in September to October months.

This time it would be crude oil prices, that will act as a savior for RBI in not taking a chance for a rate hike in upcoming policy.

According to an SBI research report, there has been a significant shift in one of key risks to inflation. Brent crude prices have now declined to less than $70 per barrel (bbl). Crude prices which rose from $63/bbl in Feb’18 to $86/bbp in Oct’18 have started to decline recently. In the past one month, crude prices declined by around $16/bbl as some nations get waivers to import oil from Iran, as well as signs that other OPEC members will pump more to offset any supply gap.

Dr Soumya Kanti Ghosh, Group Chief Economic Adviser of SBI said, “We believe that the decline in oil price might continue. Even our analysis of global growth vis-à-vis oil prices suggest that since 2012, oil prices in the first half are always greater than or equal to the second half of a year. With the IMF revising its global growth projections downwards, there is every reason to be optimistic.”

However, Ghosh adds,  “the worry is that the US recovery in terms of the number of months is also pretty close to the historical peak of 120 months. So by all historical evidence, we might be looking at global growth slowdown in the future and oil could be the barometer.”

In SBI’s views, the decline in oil prices will also help the CPI inflation to remain moderate at 3.5% for the next couple of months before reaching around 4% by Mar’19. For October, we expect inflation at between 3.5-3.6%. Furthermore, inflation may be close to 3% for November or a tad lower.

There is continued deceleration in food prices particularly in rural areas. The MSP pass-through is negligible.

“The Government needs to ensure the procurement plan is implemented aggressively ahead of the Kharif season,” says SBI.

Consumer Price Index (CPI) inflation rose gradually to 3.77% during the month of September 2018 slightly higher compared to 3.69% of the previous month. Also, the latest number was higher from 3.28% in the same month of previous year.

Today, the CSO will present, CPI numbers for the month of October along with the IIP data for September 2018 month.

Talking about October CPI data, Shilan Shah, Senior India Economist at Capital Economics said, “Consumer price inflation is likely to have eased in October following a renewed drop in food inflation. This may prove enough to keep the RBI on the side-lines in its meeting next month. But with core inflation likely to remain elevated for a while yet, we think the tightening cycle still has a little bit further to run.”

Shah says, “Our forecast is that CPI inflation will have dropped back in October, to 3.6% y/y. The data are due to be released on Monday 12th November, and will be the last that are available to the RBI before its next policy meeting.”

Shah also pointed out the current battle between RBI and government.

Shah believes that,  growing evidence of the government attempting to exert influence over the central bank presents a significant risk to the outlook for core inflation and, by extension, policy rates.

“The RBI has had success in anchoring inflation expectations over the past five years. Any erosion of independence couldpermanently reverse this trend, affecting spending and saving decisions and wage negotiations and ultimately
push up actual inflation,” adds Shah.

Well, exactly what call RBI takes in upcoming policy will be keenly watched. For now inflation is seen easing down further now that crude oil prices are coming down.

So, what will it be? RBI may well announce yet another status quo.

If status quo is the case, then your loan takers can rejoice as banks will not be in situation to make hike in lending rates.

Repo is referred to as repurchase option, which comes as a contract provided by a bank to RBI for availing overnight loans by giving eligible securities like Treasury Bills with a commitment that they will purchase the security back at a predetermined price. Hence, the interest rate charged on this repo transaction is called repo rate.

However, the higher repo rate may not have an immediate impact on banks and hence your loan - banks usually opt for loan from RBI after analysing their liquidity position and cost of funds before increasing the deposit rates and lending rates.

If there is a need of funds, then banks will begin by passing their repo rate burden on you by raising lending rates. It needs to be noted that, home loans and other floating rate loans are the ones which get highly impacted when RBI hikes repo rate.