The Labour Ministry Friday said there is a proposal to pay employers for extended maternity benefit from government budget and not from any labour welfare cess as it does not exist. 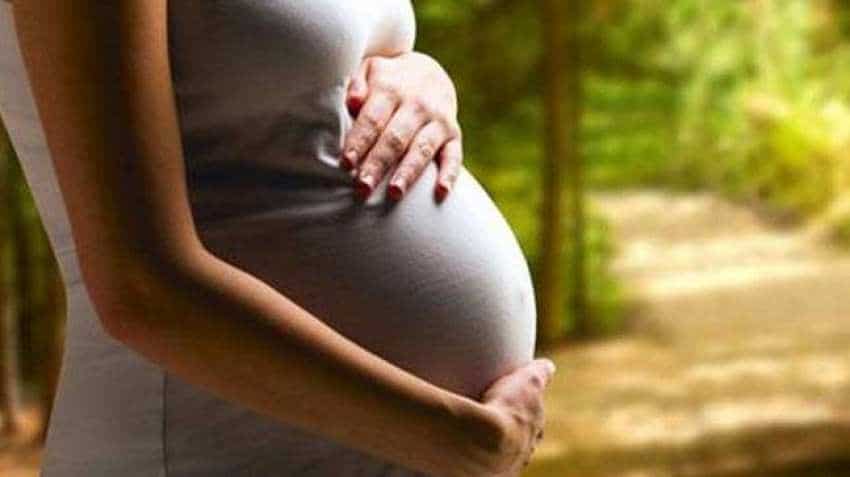 The ministry has estimated that about Rs 400 crore would be the financial implication for the Ministry of Labour and Employment to implement the proposed incentive scheme. Image source: PTI
Written By: PTI
RELATED NEWS

Gratuity period for making claims may be slashed to just 3 years from existing 5 years: Sources

The Labour Ministry Friday said there is a proposal to pay employers for extended maternity benefit from government budget and not from any labour welfare cess as it does not exist.

"There are some media reports that this scheme has been approved/notified. However, it is clarified that the Ministry of Labour and Employment is in the process of obtaining necessary budgetary grant and approvals of competent authorities. The reports that it will be funded from a labour welfare cess is also incorrect, as no such cess exists under this Ministry," a Labour Ministry statement said.

According to the statement, the ministry is working on an incentive scheme wherein seven weeks' wages would be reimbursed to employers who employ women workers with a wage ceiling of up to Rs 15,000 and provide the maternity benefit of 26 weeks paid leave, subject to certain conditions.

The ministry has estimated that about Rs 400 crore would be the financial implication for the Ministry of Labour and Employment to implement the proposed incentive scheme. The ministry said that the proposed scheme, if approved and implemented, shall ensure the women in this country an equal access to employment and other benefits, along with adequate safety and secure environment.

Also, the women shall continue to bear the major share of household work as well as child care. The workplaces will be more and more responsive to the family needs of the working women.

The ministry noted that while the implementation of the provision (26 weeks' maternity leave) is good in public sector, there are reports that it is not good in private sector and in contract jobs.

There is also a wide perception that private entities are not encouraging women employees because if they are employed, they may have to provide maternity benefit to them, particularly 26 weeks of paid holiday, it added.

In addition, it said that the ministry is also getting complaints from various quarters that when the employers come to know that their woman employee is in the family way or applies for maternity leave, the contracts are terminated on some flimsy grounds.

There have been several representations before the Labour Ministry on how the extended maternity leave has become a deterrent for female employees who are asked to quit or retrenched on flimsy grounds before they go on maternity leave, it said.

The Maternity Benefit Act, 1961, applies to establishments employing 10 or more than 10 persons in factories, mines, plantation, shops & establishments and other entities.

The main purpose of this Act is to regulate the employment of women in certain establishments for certain period before and after child birth and to provide maternity benefit and certain other benefits. The Act was amended through the Maternity Benefit (Amendment) Act, 2017, which, inter alia, has increased the paid maternity leave to women employees from 12 weeks to 26 weeks.

Gratuity period for making claims may be slashed to just 3 years from existing 5 years: Sources