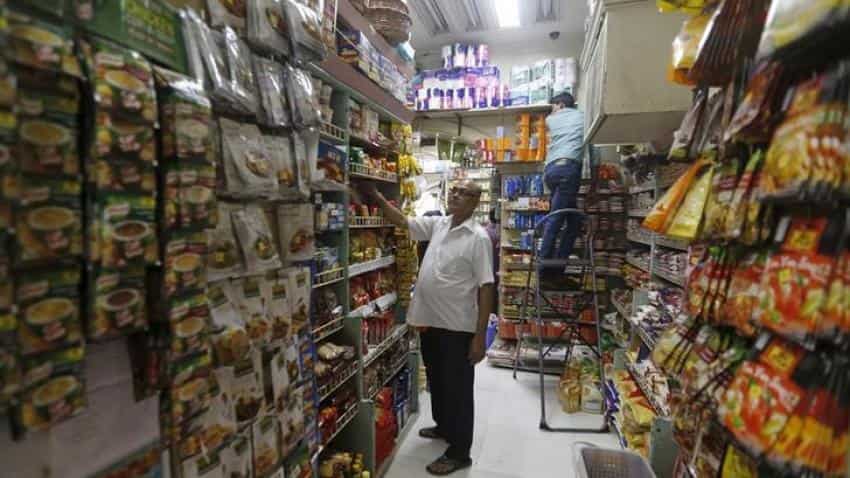 GST Council will be meeting again on March 31 to put in place the four-slab structure 5, 12, 18 and 28 per cent. Image Source: Reuters
Written By: ZeeBiz WebTeam
RELATED NEWS

An official from the government of India, speaking in New Delhi on Friday said that it will conduct an internal study to see the impact of GST on inflation.

The official further added that the government may merge cess or additional taxes with the Goods and Service Tax at a later stage, sources from Bloomberg reported.

Shortfall in GST compensation to states may be met through borrowing and other sources, the official added.

At the GST Council meet on Thursday the State GST and Union Territory GST laws were approved, which were the two pending draft laws for the GST roll out in July.

The other three bills -- Integrated GST (IGST), Central GST (CGST) and Compensation bill — had been cleared by the Council in its previous meetings.

While yesterday at the meet the government decided on the cess for certain goods like tobacco and products, Pan Masala, luxury cars, environment cess, mineral water and aerated drinks, a government official told the reporters present in Delhi under conditions of anonymity.

The Council approved a cap of Rs 4,170 rupees per 1,000 sticks or 290% ad valorem or a combination of both for tobacco and other products.

The tax incidence on cigarettes could be much lower depending on the final decision by the GST Council.

Cigarettes over 75mm length are presently taxed at excise duty of Rs 4,426, a report by Live Mint said on Friday.

Pan Masala was additional cess was capped at 135%.

The government said that all ‘sin’ goods, which includes Pan Masala, will be taxed at 15%. Total tax incidence on Pan Masala could be nearly 150%.

An additional cess on luxury cars could be up to 15% over and above the peak GST rate of 28%.

This could imply total tax incidence on luxury cars could attract rates over 40%.

A maximum cess of 15% on mineral water and aerated drinks was capped at 15%.

The current tax on water is 18.38%. Aerated drinks will be taxed in the 28% category and attract additional cess on top of that.

Environment cess has been capped at Rs 400 per ton of carbon emission.