Rather, it is using "sophisticated Currency Verification and Processing (CVPS) machines for checking the numerical accuracy and genuiness of the currency notes, including SBNs (Specified Bank Notes that have been scrapped)", the RBI clarified later this evening. 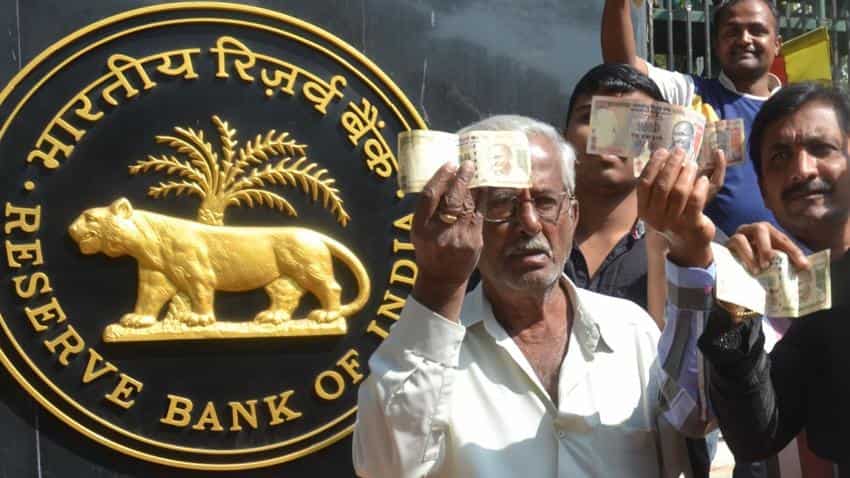 The Reserve Bank of India (RBI) is not using 'counting machines' for tallying the total number of demonetised notes of Rs 500 and Rs 1,000 in any of its offices, the central bank has said in an RTI reply.

Rather, it is using "sophisticated Currency Verification and Processing (CVPS) machines for checking the numerical accuracy and genuiness of the currency notes, including SBNs (Specified Bank Notes that have been scrapped)", the RBI clarified later this evening.

"These machines are way superior to the note counting machines. With a view to augmenting processing capacity, the RBI is using the available machines in two shifts and has been using some machines temporarily drawn from commercial banks after suitable modifications. The RBI is also exploring other options to augment processing capacity even further," the central bank said in a statement.

The clarification followed an RTI reply by the central bank itself wherein it had said 'counting machines' were "not being used" in RBI offices for the old scrapped notes.

An official also clarified that the counting machines are typically very small and are mostly used in branches of commercial banks for smaller number of notes.

In reply to the RTI application, the central bank had also refused to give the total number of personnel deployed for counting of the scrapped notes, saying compiling the information would "disproportionately divert" its resources.

The central bank, in the annual report, which was for the year ended June 30, 2017, said only Rs 16,050 crore out of the Rs 15.44 lakh crore in the old high denomination notes have not returned.

"Counting machines are not being used for the purpose in any offices of Reserve Bank of India," the RBI said in the RTI reply dated August 10.

The central bank also said no counting machines were taken on lease to reconcile the total figure of the junked notes.

It was asked to give details about machines being used for counting the Rs 500 and Rs 1,000 notes.

The central bank also denied sharing information on the total number of personnel deployed for counting of the old notes.

"Compiling the information would disproportionately divert the resources, the information sought cannot be furnished as per Section 7 (9) of RTI Act, 2005," the RBI said in its reply to the RTI query filed by a PTI correspondent.

The Section says information shall ordinarily be provided in the form in which it is sought unless it would disproportionately divert the resources of the public authority or would be detrimental to the safety or preservation of the record in question.

To a query seeking the dates of beginning of the counting of the demonetised notes, it said "the processing of notes is a continuous activity".

The RBI did not give any specific reply when asked about the last date of counting of the demonetised notes.

"Subject to future corrections based on verification process when completed, the estimated value of specified bank notes received as on June 30, 2017, is Rs 15.28 trillion," the central bank had said in its annual report.

While the counterfeit currency notes made up for a minuscule number, the RBI post-demonetisation spent Rs 7,965 crore on printing new Rs 500 and Rs 2,000 and other denomination notes, more than double the Rs 3,421 crore spent in the previous year, it said.

Finance Minister Arun Jaitley had said demonetisation, which had slowed economic activity and put the common man at much inconvenience, was aimed at flushing out black money, eliminating fake currency, striking at the root of terror financing, converting non-formal economy into formal one to expand tax base and employment and giving a big boost to digitisation of payments to make India a less-cash economy.

In his reaction to the RBI report, ex-finance minister P Chidambaram had wondered whether demonetisation was "a scheme designed to convert black money into white".

Aus vs Ind Test: Forget India, the whole world will stand up and salute you: Ravi Shastri in rousing dressing room speech