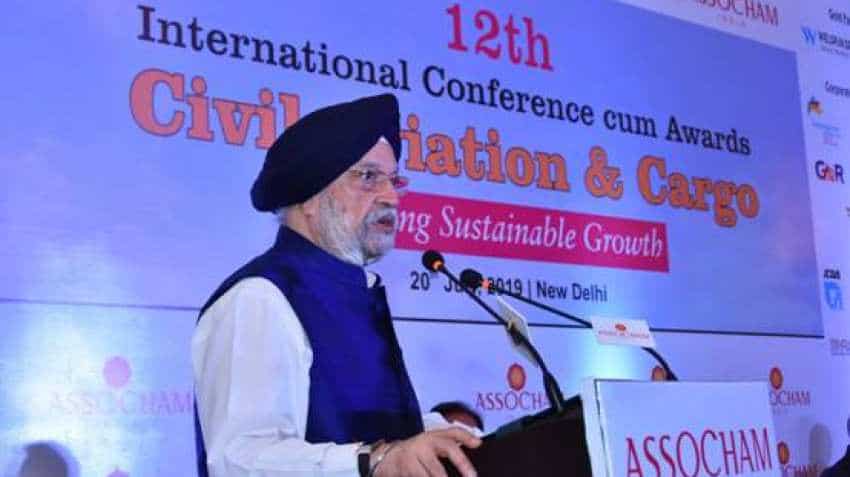 Union Civil Aviation Minister Hardeep Singh Puri today said that his ministry would not tolerate any compromise on air safety and standards, asking the industry operators and all stakeholders in the sector to work in a heathy aspect. Puri said Indian aviation sector witnessing rapidly increasing demand and by 2040 air passengers traffic would increase nearly 5 times, while addressing an event organised by ASSOCHAM (Associated Chambers of Commerce and Industry)  in Delhi.

Hardeep Singh Puri as the Chief Guest for the occasion also gave away awards to the winners nominated under various categories. Some of the other winners were Airbus, AAI Cargo, Bird Academy, Air India Express, Spice Jet, Frankfinn during the summit.

Addressing the conference, Dr Ahmed Al Banna, UAE Ambassador to India, impressed upon the need to see how can both countries collaborate, cooperate and expand the industry and become partners in growth of the aviation sector. He said, “The vision of our leadership with our plans, end goals, I think it will make us reach to the maximum relationship in all sectors, including airline as we are trying to grow people to people connections.”

J. Goburdhun, GOSK, High Commissioner of the Republic of Mauritius to India, said that civil aviation sector must collaborate in facilitating exchange of people among the Indian diaspora and make special flights or low-cost carriers available to visit the ancestral land and to develop tangible and intangible heritage.

"Growth of air cargo is critical for industries such as e-commerce, pharmaceuticals, electronics, agriculture, horticulture, floriculture, animal husbandry and marine exports, and high-value goods, including gems and jewellery and fashion garments, where shipments are highly time-sensitive," said the ministry statement, adding "In conformance with the objectives of the holistic National Civil Aviation Policy, 2016, a number of initiatives and measures were taken up to sustain the growth impetus in air cargo, efficiency improvement and promotion of ease of doing business across the air cargo value chain."

Notably, the first National Air Cargo Policy’s (NACP) outline was released at the Global Aviation Summit in January 2019. It aims to achieve fundamental re-engineering of the whole-of-the-value-chains for domestic and export-import air freight for reaching the target of handling 10 million tonnes by 2026-27.