The Minister said during his previous tenure, his ministries in a cumulative basis, had seen a spend of Rs 17 lakh crore that included Rs 11 lakh crore in highways sector alone. 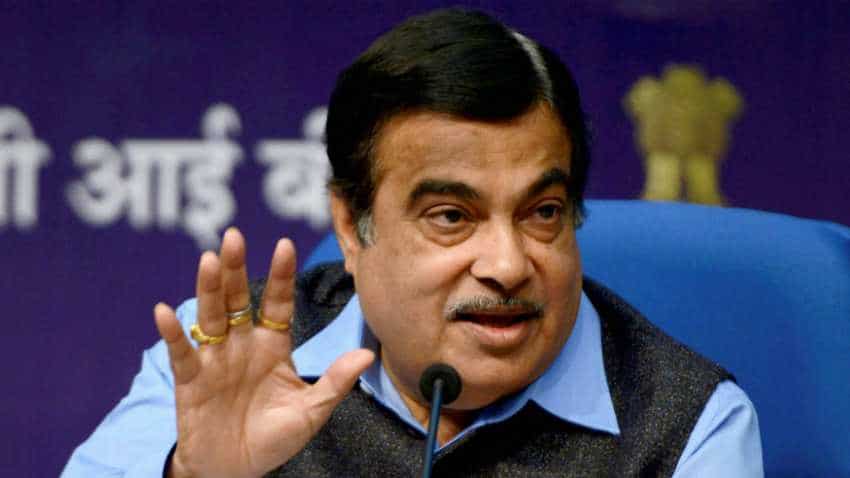 The senior BJP leader said his endeavour would be to globalise MSME and Khadi products through joint ventures Photo: PTI

A go getter in Prime Minister Narendra Modi's cabinet, Union Minister Nitin Jairam Gadkari in his second innings has lined up big plans -- from infusing Rs 15 lakh crore in highways to propelling GDP growth by globalising khadi and MSME products. After taking charge of Road Transport and Highways and Micro, Small & Medium Enterprises (MSME) ministry, Gadkari in his first interview to PTI, said the mission ahead was to further propel country's economic growth through concerted efforts be it in highways or MSME. "The blue print for highways is already in place. We plan to take up work worth at least Rs 15 lakh crore in highways that includes building 22 green expressways, rolling out all stuck projects in the next 100 days and creating a 'grid of roads' at par with power grid," Gadkari told PTI in an interview here Wednesday.

The Minister said during his previous tenure, his ministries -- Road Transport and Highways, Shipping, Water Resources, Ganga Rejuvenation and River development -- in a cumulative basis, had seen a spend of Rs 17 lakh crore that included Rs 11 lakh crore in highways sector alone. Referring to the momentous victory of BJP led by Prime Minister Narendra Modi, Gadkari said the resounding mandate by the people rising above petty party-politics, caste-creed or communalism has reaffirmed that people need "development" which will remain a priority area.

Through demonetisation, the message has gone clear to the people that Modi-led government is against corruption and blackmoney and all initiatives whether welfare schemes, houses, gas, electricity or health insurance have benefitted the poor, he said. The minister said that the priority for him will be "rolling out all stuck highway projects that include many of the IL&FS projects within 100 days". "I reviewed projects yesterday and found out about 225 projects were pending for financial closure etc, which has been resolved and now only about 20-25 projects are left. This is a priority area and the pending projects will be zero within 100 days," the minister said.

He said credit goes to his Ministry for saving Indian banks a whopping sum of over Rs 3 lakh crore from turning NPAs during his earlier tenure, as there were 403 stuck projects when he had taken charge in 2014. "The bidders were shying away from highways projects... Highways sector had collapsed... Now that it has been brought on track the aim is to further strengthen this. "Around 13 out of 17 highways stretches in the border areas that will double up as air strips are nearing completion. Delhi-Meerut Expressway will be completed in the next two months and work is in full swing on the new Delhi-Mumbai expressway," the minister said.

Gadkari said he was "satisfied" with the work done in highways in the last five years with "no instance of corruption" and added that the roadmap ahead was to take the highway building target to 40 km a day as it was nearing 32 km per day now. Despite a huge Rs 11 lakh crore work done by the ministry, "not a single penny was involved in corruption", as the tender and all award processes were placed online, he said. Gadkari said, task ahead was minimising accidents and in addition to about 704 black spots another 8,000 have been identified and will be rectified soon.

The Ministry is also striving to get the entire toll income which at present goes to the government kitty, so that it could be pumped in highway building, he said. Build, operate and toll (BOT) mode of highways building was being revived and projects worth 3,000 km would be bid out. The Minister said, there was significant development in the Kailash Mansarovar route through Pithoragarh in Uttarakhand which is likely to be completed early next year. Besides, Chardham project linking Kedarnath, Badrinath, Gangotri and Yamunotri will be completed by the year-end as all green clearances were in place, he said.

About his new Ministry MSME, the senior BJP leader said his endeavour would be to globalise MSME and Khadi products through joint ventures and he was specially keen on mass-scale honey production besides promoting products like Moringa which are globally much in demand. The focus will be rural areas, and forming clusters of potters, people dependent on leather industries and giving them assistance with new technology aimed at promoting export of these products, he said. Citing the example of coir, he said small scale industries will be promoted, and noted that the the plan is to make coir industry a Rs 20,000 crore economy from the present Rs 10,000 crore.

"I am confident that these are going to create huge employment and propel GDP growth which will apparently be visible in next two to three years," he said. Khadi will be another thriving area, he said. Gadkari is known for his penchant for out of box solutions to economic governance issues and the allotment of the MSME to him is significant in view of its potential not yet being realised. MSMEs contributes around 45 per cent in the country's exports, about 25 per cent to the GDP from service activities and over 33 per cent to the manufacturing output of India.