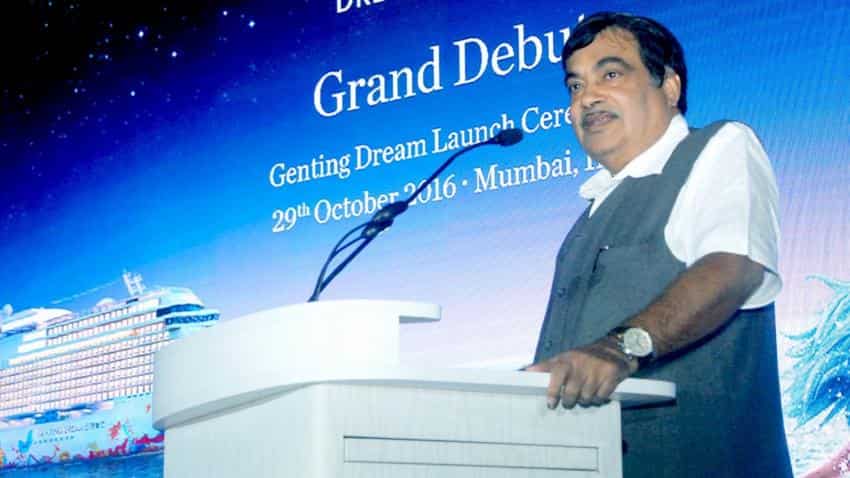 Union shipping minister Nitin Gadkari on Saturday urged private port operators to create necessary arrangements for catering to passengers, pointing out to the prospects of cruise tourism in the country.

"We have taken a decision to have passenger terminals at all major ports to cater to cruise tourists. There are over 200 private and minor ports in the country and I would also request them to have such facilities," Gadkari said at the Mumbai Port Trust in Mumbai.

He said the government is very keen to push cruise tourism, given its benefit to the local economy and wants the city port to become among the five best cruise tourism hubs in the world.

The government is investing over Rs 200 crore to build a modern international cruise terminal at one of the oldest ports in the country, the minister informed.

A bulk of the ports built in the last 25 years since the country embarked on the liberalisation journey have been privately owned or operated. All of them typically cater to the high-volume and revenue accretive trade segment, handling container, bulk and liquid cargos.

A slew of names including Adanis, Essar, Larsen and Toubro, etc., have entered the port segment in the last few years.

Referring to the port redevelopment plan, Gadkari said there is a plan to make the city port better than those in Dubai and Singapore as well.

The minister was quick to point out that while carrying out such projects, jobs will be protected and there will in fact be a growth in employment through such initiatives.

Mumbai Port Trust (MbPT) chairman Sanjay Bhatia said catering to domestic tourists can also be a lucrative business opportunity and the ministry has appointed an international consultant to study the same both on the coastal and inland waterways front.

The MbPT, which has a dedicated berth for cruise tourism, on Saturday hosted its largest passenger ship yet. Genting Dream anchored at the berth in her maiden voyage and will be carrying 1,900 passengers from the city till Singapore, via Colombo.

A senior official from the shipping company said it has been serving the market for the last decade and saw a 36% growth in Indian tourists in the last fiscal 2015-16 to over 1.25 lakh.