Union Minister Nitin Gadkari has requested the Maharashtra government to take initiative for preparation of detailed project report for formation of State Water Grid to overcome the recurring flood crisis in the state, an official statement said on Saturday. 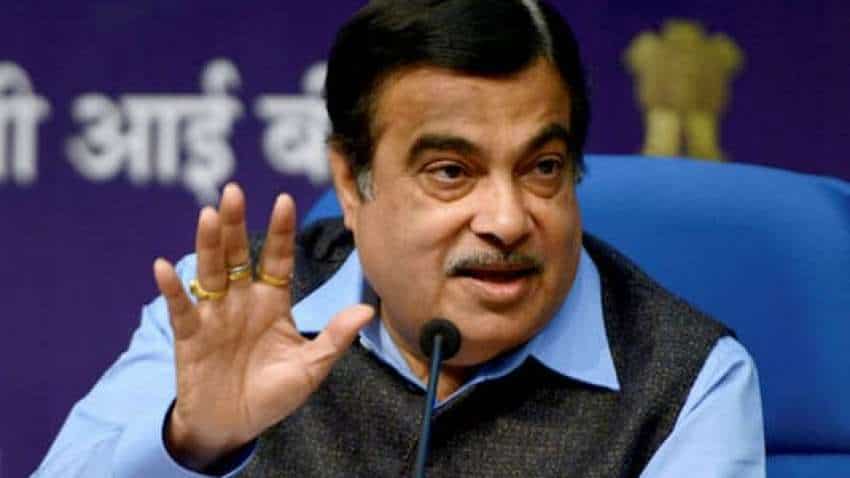 The Minister mentioned that this would also help increase agriculture produce and strengthen the rural and national economy. Source - PTI.
Written By: PTI
Edited By: Manas Tiwari
RELATED NEWS

Union Minister Nitin Gadkari has requested the Maharashtra government to take initiative for preparation of detailed project report for formation of State Water Grid to overcome the recurring flood crisis in the state, an official statement said on Saturday. This would help the government ensure the availability of the water in drought prone areas and save the resources to manage the flood crisis, it said.

In a letter dated October 14 to Maharashtra Chief Minister Uddhav Thackeray, his cabinet colleagues and MP Sharad Pawar, the Road Transport and Highways Minster sought early decision of the state government on this issue, followed by actions thereon.

"Gadkari has drawn the attention of the Chief Minister in this letter towards the serious issue of heavy loss of lives and property that occurs in the state of Maharashtra every year due to floods.

"He has added that the floods create and trigger serious problems in different parts of the state and there is an urgent need to chalk out a plan to manage this natural disaster that becomes grave because of other man made factors," a statement from the Minister's office said.

The Union Minister suggested to the Maharashtra government to take up the ambitious project of formation of the State Water Grid on the lines of the National Power Grid and Highway Grid. The idea is to divert the flood water from one river basin to the other river basin in the drought prone area of the state.

The areas with shortage of water, scanty rainfall can get relief by the Grid, the statement said adding this would help increase the area under irrigation, while bringing significant reduction in the number of suicide of farmers.

The letter goes on to say that various studies have shown that the incidents of the farmers' suicide have come down in the areas where the irrigation cover is more that 55 per cent.

The Minister mentioned that this would also help increase agriculture produce and strengthen the rural and national economy. The diverted flood waters would relieve the stress on the local resources. Transportation of goods and passengers through rivers (Water Transport) can be commenced in near future.

Fishing and other businesses can flourish alongside and major employment can be generated if such project is taken up as an essential infrastructure, it said.

Gadkari informed that his Ministry is doing water conservation by using the soil/murum from water bodies, drains and rivers for construction of highways.

This synchronisation of NH construction and water conservation results not only in increasing water storage capacity but saving environment, the statement said adding, initially this activity was done on large scale in Buldhana district as pilot project and hence named as 'Buldhana pattern'.

"With this activity in Maharashtra, around 225 lakh cubic meter of material from water bodies, drains and rivers has been used in highway works with a result of increase of 22,500 TCM (Thousand Cubic Meter) of water storage capacity at `No cost to State Government'. This has charged ground water table," the statement said.

Due to deepening and training of river, drains, etc, the floods have reduced, which otherwise spread in nearby field due to reduced discharge capacity of rivers and drains, it said. This convergence has been appreciated and accepted by NITI Aayog, which is in the process of forming policy based on this work done.

The Minister further informed that the Tamaswada pattern adopted in Wardha and Nagpur districts is another effort towards rain water harvesting, conservation and ground water recharge.

These works are done on the basis of scientific and complete development of mini-micro watersheds based on study of hydrogeology, topography and civil engineering, he said.

Work is done essentially in the direction from Ridge to Valley, the statement said and added, Tamaswada pattern is most helpful to create augmented surface rain and ground water storages. It creates flood free as well as drought free situation in treated watershed.