Under Pradhan Mantri Jan Dhan Yojna, people have opened 31 crore bank accounts and deposited Rs 80,000 crore. The government has disbursed a loan of Rs 4.5 lakh crore under the Mudra Yojna, while 8 million gas connections were given to people under the Ujjwala scheme. Pradhan Mantri Krishi Sinchai Yojana' has helped in doing away the problem of water shortage in farmlands, said Nitin Gadkari, the Minister for Road Transport & Highways. 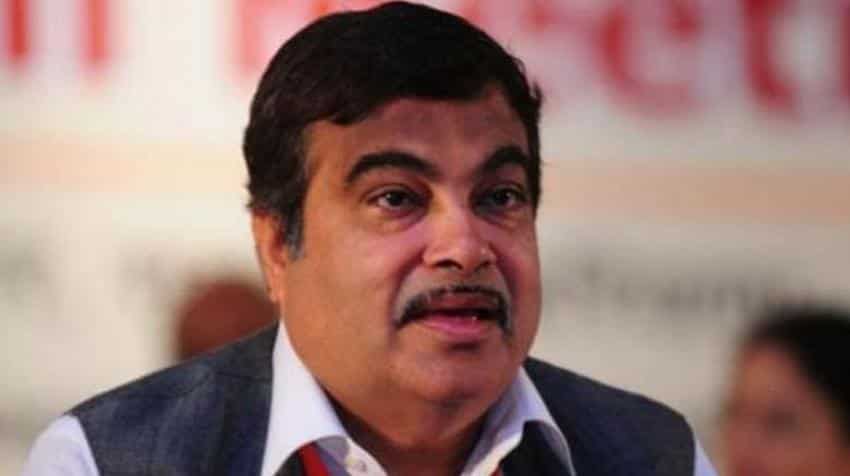 Q: The government has completed 4 years in power. Can you please let us know about its biggest achievement in these years?
A: We have achieved a lot in these 4 years and you can get an answer to the question just by comparing our 48 months work to that of 48 years of Congress. In short, I would like to inform you about certain things like Pradhan Mantri Jan Dhan Yojna, Mudra Yojna, Ujjwala scheme, Bhagyalakshmi Yojna and Pradhan Mantri Krishi Sinchai Yojana among others.

Under Pradhan Mantri Jan Dhan Yojna, people have opened 31 crore bank accounts and deposited Rs 80,000 crore. The government has disbursed a loan of Rs 4.5 lakh crore under the Mudra Yojna, while 8 million gas connections were given to people under the Ujjwala scheme. Pradhan Mantri Krishi Sinchai Yojana' has helped in doing away the problem of water shortage in farmlands.

On the front of infrastructure, the speed of road construction has gone up from just 2 kilometres a day to 28 kilometres and we are planning to build 40-45 kilometre per day in the upcoming year. Apart from this, Delhi Ring Road and 14-lane Delhi-Meerut expressway have been inaugurated. Besides, we have also inaugurated work on Dwarka Expressway and Mumbai Vadodara Expressway, they are mega-projects of Rs 7000 crore and Rs 44000 crore projects, respectively. Work on Char Dham road has also started.

It is the first time when the work on inland waterways has started and we are working on 10 inland waterways. In fact, we are going to transform the 20,000 km river length into waterways.
In addition, the 12 major ports are running in profits. In the first year, profits stood at Rs 3000 crore, the next year it stood at Rs 4000 crore, in 2016 it went up to Rs 5000 crore and in the year 2017, the profits rose to Rs 7000 crore.

Q: There is a huge difference between the pre-decided goals and what was achieved. For instance, you were able to construct just 28 kilometres in a day, whereas the target was to construct 40 kilometres in a day. What led to this deficiency?
A: There is a difference between commitment and target, which is ambitious. In the first year, we decided to build 40 km road in a day and today we are developing 28 km per day.  I would like to say that next year, we will be able to construct the 40-45km roads in a day.

Q: Don't you think that the private investment mainly in road infrastructure has been low and is a matter of concern?
A: That is not right. We have monetised 9 projects worth Rs 6,000 crore but we were able to get an investment of Rs 10,000 crores. Similarly, we have also received projects worth Rs 1.5 to 2 lakh crores under hybrid annuity model.

Q: I would like to know about the status of Sagar Mala and Bharat Mala, two ambitious projects of the government? These projects need massive investments.
A: The misfortune of this country is that it has not seen any project of that scale till date. This is a reason that people are not being able to believe on the projects brought by us. People have a perception that he is a leader and have a habit to talk big things. You can verify what is being told and make a breaking news out of it if they turn up to be wrong. My statements are backed by my work in Maharashtra.
Sagar Mala is a project worth Rs 16 lakh crore of which Rs 4 lakh crore will be used in developing port-road connectivity, port-rail connectivity, port modernisation and mechanisation.
In fact, the work on Rs 2 lakh 80 thousand crore has been started and the remaining Rs 12 lakh crores will be used for port lead development like Industrial cluster, chemical cluster, automobile cluster, special economic zones and coastal development zones.

In JNPT (Jawaharlal Nehru Port Trust) alone, we are going to get an investment in tune to Rs 40-60 thousand crores and we will be able to provide employment opportunities to about 1.25 lakh people.
In addition, the Sagar Mala project is likely to get an investment of about 4-5 lakh crores in the year and the money will be used in port development work.
On the other hand, Bharat Mala is a project of Rs 7.5 lakh crores and I would like to inform you that 50 per cent work on this project will be started by December 2018.

Q: Smart Cities is an ambitious plan of the government. However, the government has been able to spend just 3 per cent of complete allocation for the project. Is it not a matter of great concern? Will you like to develop Nagpur, your Parliamentary area as a smart city?
A: The first requirement for the smart city means availability of clean air and water and when it comes to Nagpur than it is going to set an example for other smart cities. At present, there are 200 electric taxis and 55 buses that run on bio-fuel. In addition, 50,000 houses have been built under the Prime Minister's Housing Scheme. In addition, I am trying my best to reduce the carpet area of these houses to Rs 1200 per square feet from the existing Rs 1700 per square feet. In addition, these 460 square feet houses will be provided with a Sofa ser, double bed as well as 5 led light, 2 fans and electricity supply that will be free throughout the life. In fact, these houses will be available at around Rs 3.5 to 4 lakh and work on them is going on.

Besides, we are also developing a metro system in the city at an expense of about Rs 9000 crore.